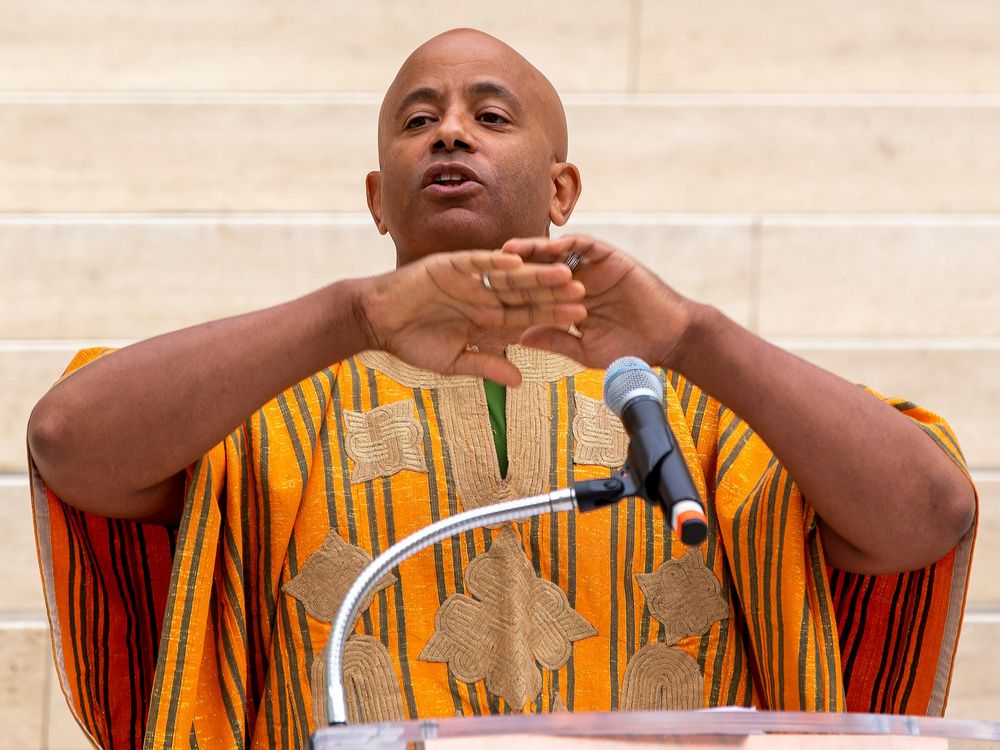 The city is committing to provide “safe spaces that welcome the Black communities” as part of a strategy that aims to target racism in Edmonton.

On Monday, the city announced an anti-Black racism action plan as Mayor Amarjeet Sohi also recommitted the city’s support of the United Nations’ International Declaration of People of African Descent.

“Throughout this work, an Africentric lens and approach will be applied. The voices of the Black community in Edmonton will always be centred, and they will ensure the work we are doing is relevant to the most affected,” deputy city manager Jennifer Flaman said of the proposed strategy.

“We commit to providing safe spaces that welcome the Black communities in Edmonton to share their voices. We will ensure there are a variety of ways to engage in meaningful dialogue with diverse representatives from across Edmonton’s Black communities, council advisory committees, and City of Edmonton staff as we build our Edmonton action plan together.”

Eight years ago, the United Nations proclaimed 2015-2024 as the decade to strengthen the economic, social, cultural, civil, and political rights of people of African descent. Sohi restated the city’s commitment to the UN declaration, to eliminate all forms of racism, racial discrimination and intolerance.

He also acknowledged that the action plan is part of the city’s goal to build a city free of racism and intolerance.

While noting recent racially-motivated attacks on Black and Muslim women, he told reporters city council is “deeply committed” to building an Edmonton for everyone, and one of the first actions of this council is passing an anti-racism strategy.

“We have been working with the community from that day to see what that actually looks like, what that strategy looks like,” Sohi said. “Out of that discussion came a specific ask that we need to have a focused effort to anti-Black racism in our city.”

He said it’s essential city council reaffirms its commitment to celebrating the contributions of the African communities in the city, as well as working with them to overcome challenges the community is facing.

Malcolm Azania, a writer and advocate, told those gathered at city hall Monday afternoon that it’s crucial to celebrate Africa and have Africentric education. (He insisted Africentric be spelled with an “i,” rather than previous common usage of the word Afrocentric.)

“Ethiopia today industrially transforms waste into electricity, clean water and construction materials. Nigeria has its own space program and so do several other countries on the continent. The continent is full of highly educated, highly ambitious people, many of whom have accomplished greatness in Microsoft, NASA, and more,” Azania said.

“If you have Africentric knowledge of ancient history and modern brilliance then you know who to see, who to recruit, who to mentor, who to promote, who to invest with, who to seek as your mentor, and who to vote for.

“And that’s why we need Africentric education. So we don’t leave money on the table, so we don’t lose opportunities, so Canada doesn’t fall behind, so our country gets better, smarter, more just and more beautiful, and is part of a global African revolution for the human race.”

He also encouraged those gathered to support Africentric education in Edmonton schools.

“When we raise a generation of young people of every ethnic background and all genders, any religious background or secular background perspective, to understand that Africa, birthplace of humanity, is a forge of genius, then we all rise,” Azania said.

— With files from Madeline Smith