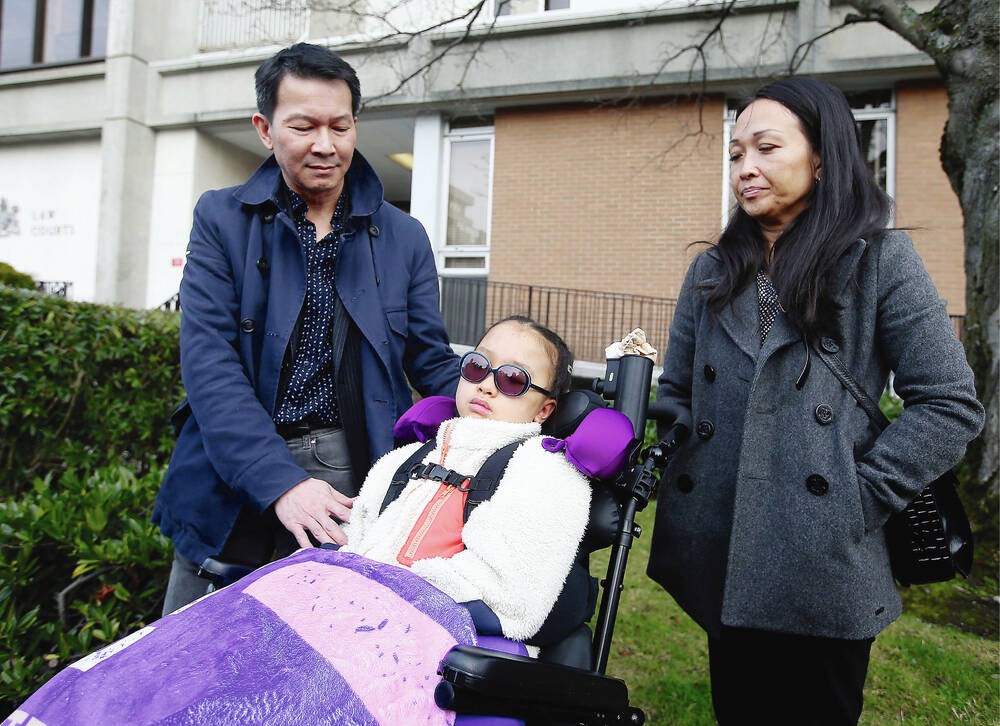 In a decision released by the Parole Board of Canada, the board said Tenessa Rayann Nikirk, 25, has accepted responsibility for what happened and understands the harm she caused.

The woman convicted of dangerous driving causing bodily harm after striking and severely injuring then-11-year-old Leila Bui in a crosswalk in 2017 has been granted full parole.

In a decision released by the Parole Board of Canada, the board said Tenessa Rayann Nikirk, 25, has accepted responsibility for what happened and understands the harm she caused.

Leila suffered severe brain damage, a fractured neck and lacerated spleen when she was hit and thrown 26 metres while crossing Ash Road at Torquay Drive on her way to school on Dec. 20, 2017.

At trial, the court heard Nikirk was driving an SUV at 95 to 100 kilometres an hour in a 50 km/h zone on wet, frosty roads at the time of the incident. She also sent and received 23 text messages in the 15 minutes prior to the crash, while on her way to work.

“You drove recklessly, speeding, tailgating other vehicles, passing vehicles on a solid line into oncoming traffic, and texting as your drove,” says the parole board report.

In December 2020, Nikirk was sentenced to two years in prison for dangerous driving causing bodily harm. She also received a three-year driving prohibition. An appeal was subsequently denied.

During her time in prison, the board said, Nikirk demonstrated positive behaviour and had no security incidents, and completed programs with good results.

While she has no previous criminal history, the board noted, she received a warning letter after a driving complaint in October 2017 against a vehicle registered in her name that was aggressively tailgating. She also had three prior driving violations for speeding and four unpaid fines related to administrative suspensions. In addition, she received a ticket for speeding in July 2019.

Nikirk admitted to the board she drove “aggressively” and “arrogantly,” and felt the need to always be available to her mother by text.

“Looking back on the period leading up to your offence you said it was a stressful and emotional period,” the board said. “You spoke about your mother’s relationship with an abusive partner and how this instilled fear, uncertainty and disruption.”

The board said Nikirk had some problems with bullies and mental-health issues, and turned to marijuana and alcohol. She has since stopped drinking and reduced her marijuana use.

“Your accountability and motivation were rated high,” the board said. “Reintegration potential is also rated high.”

It said Nikirk is “incredibly remorseful and traumatized” by the crash.

The board said Nikirk was open and thoughtful at her parole hearing, as well as nervous and at times emotional.

Nikirk told the board she preferred full parole over day parole because living with her mother would be a better and safer option than a halfway house.