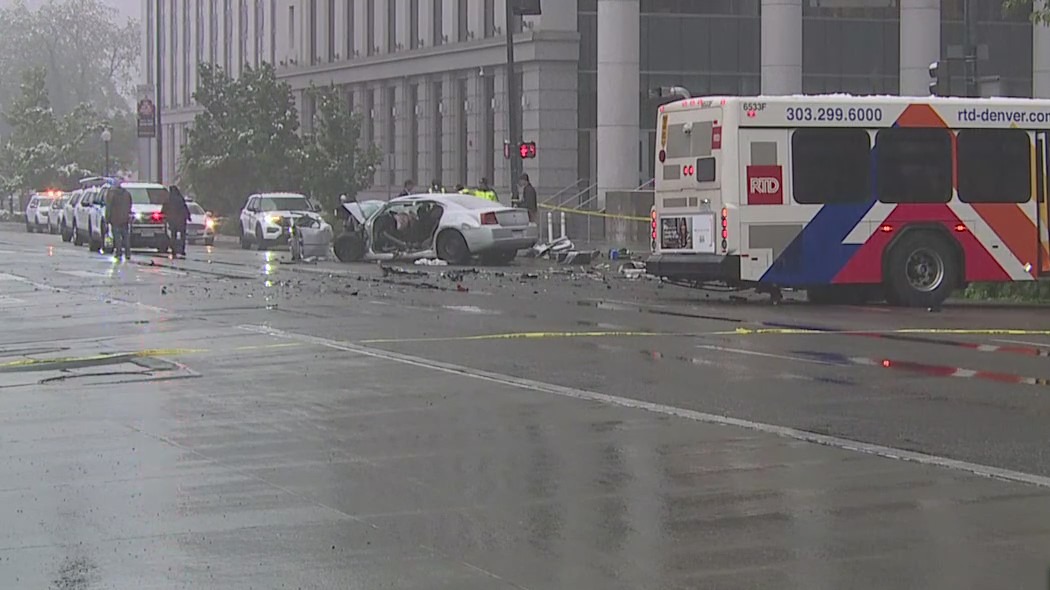 DENVER (KDVR) — The Denver Police Department is investigating a crash involving an RTD bus and a possible kidnapping suspect on Saturday morning.

The crash was reported near North Broadway Street and 13th Avenue around 6:45 a.m.

DPD said a motorist collided with an RTD bus. Serious injuries were reported, but it’s not known how many people were injured.

Police said officers were pursuing the driver of the car before the crash. The suspect was related to a possible kidnapping.

There were no passengers on the bus at the time of the crash.

The crash is under investigation.