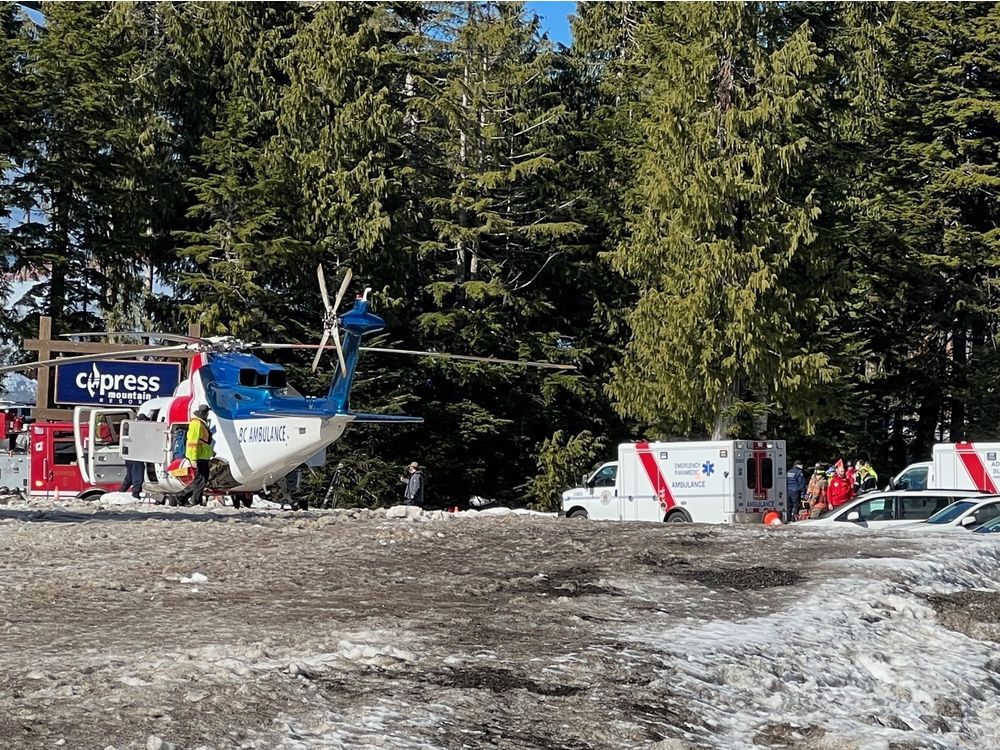 A 50-year-old man from Delta has died after a weekend skiing accident on Cypress Mountain.

The man was skiing in the upper mountain Saturday morning when witnesses from a chairlift reported that one of the man’s skis came off causing him to lose control and crash into a tree on the side of the run, said Cypress Mountain.

The incident was reported to Cypress Mountain ski patrol around 10 a.m.

Patrollers performed CPR at the scene, and as the man was transported to the base of the mountain where paramedics took over. The efforts were unsuccessful, and the man was pronounced dead at around 11:30 a.m.

The resort and its ski patrol “extend our deepest sympathy to the family and friends for their tragic loss,” said Cypress Mountain president Russell Chamberlain in a statement.

“Early indications are that this appears to have been … a tragic accident,” said West Vancouver Const. Kevin Goodmurphy in a statement on Monday. “Our thoughts are with this man’s family and friends.”

West Van police are working with the B.C. Coroners Service on the investigation.