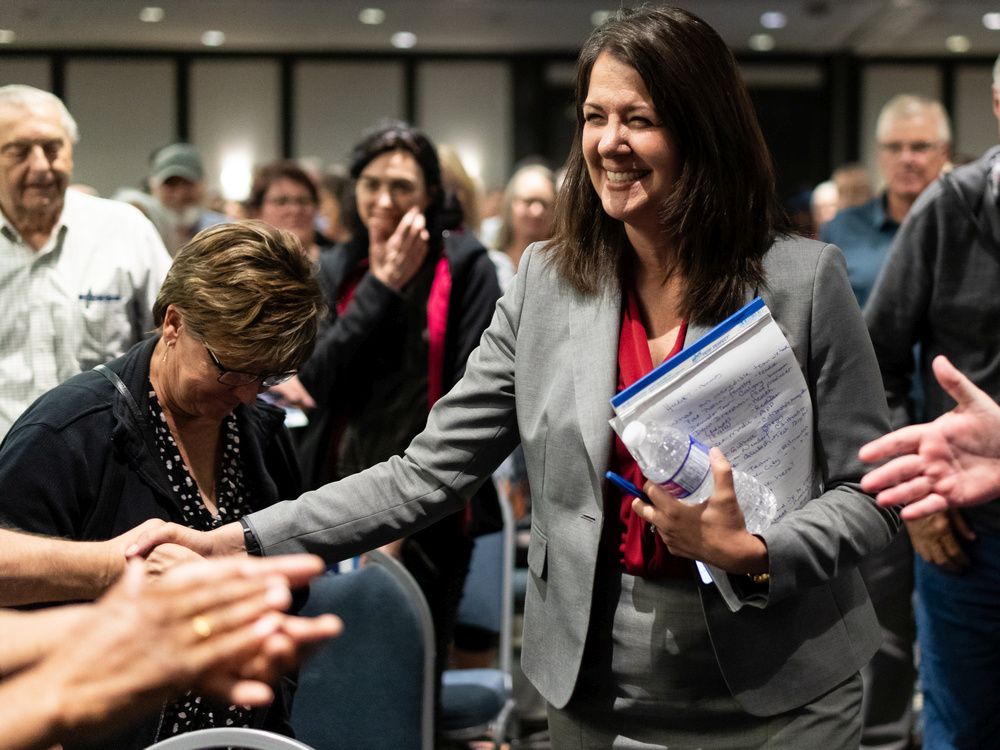 As I see it, the United Conservative race comes down to two leaders, Danielle Smith and Travis Toews. They are polar opposites within conservative politics on how Alberta should best proceed on fixing, building and protecting Alberta’s energy economy.

Toews, a rancher, an accountant and a small businessman, leads an incrementalist camp. He is a steady-as-she-goes type who wants to keep working with the energy industry and First Nations on new oil and gas projects, while pushing hard against any obstructionism from the Trudeau Liberals in Ottawa, but doing so mainly as its always been done, through negotiation and court action.

Smith, who had much success as a Calgary radio host, leads a radical camp. If the federal government puts up roadblocks to Alberta’s economy that are deemed to violate the Constitution, Smith doesn’t want to wait for years of negotiation or court battles to sort out the mess. She’s advocating a far more forceful approach along the lines of what Smith argues Quebec already does, essentially voting in the provincial legislature to defy the feds and to go our own way.

Toews is at a distinct disadvantage in this race. Smith can’t keep out of the headlines but Toews can’t get into them. She’s a far more riveting communicator than either Toews or Brian Jean, the third candidate with some chance of winning the race.

In Tuesday’s leadership debate, for example, I strongly suspect the headlines will come from something Smith says.

But Smith would be an expensive choice for Alberta. She’ll ramp up hostility with Ottawa and perhaps turn off investors. She’ll enrage moderates even within her own movement.

Premier Jason Kenney said Smith’s approach would make Alberta a “laughingstock” and wrote them off as “nuts.”

Kenney’s own approach to building up Alberta was marked by angry words and court action. He had limited success, most notably Alberta’s top court did rule in May against Bill C-69, which put in place a new process to assess the viability of industrial projects.

Alberta Chief Justice Catherine Fraser said C-69 — the Impact Assessment Act (IAA) which governs the approval of everything from new wind farms to new hydro-electric lines, from major oil pipelines to liquefied natural gas plants — is a clear and present danger and existential threat to Canada’s Constitution and the country.

The IAA seeks to override a number of provincial powers when it comes to managing public lands and resources, giving the federal cabinet what amounts to a veto, Fraser said. “If upheld, the IAA would permanently alter the division of powers and forever place provincial governments in an economic chokehold controlled by the federal government.”

The IAA allows Ottawa to pick winners and losers in the Canadian industrial sector, a right it does not have in the Constitution, Fraser said. “Through this legislative scheme, Parliament has taken a wrecking ball to the constitutional right of the citizens of Alberta and Saskatchewan and other provinces to have their natural resources developed for their benefit. And in doing so, it has also taken a wrecking ball to something else — and that is the likelihood of capital investment in projects vital to the economy of individual provinces.”

But if it’s your belief that all is well and good in Canada, and that Smith is just a wild-eyed whiner from an uppity province, I’ll ask you to think hard on the argument from the sober judge, Fraser.

The latest disturbing example sees our greatest allies in Europe desperate for help due to the war in Ukraine and Russian moves to shut off natural gas supplies, but the Trudeau Liberals are evidently too uncaring, inept and/or tied down by the inertia of their own complacent anti-oil and gas base to act.

We should be moving mountains to help out. Instead we can’t even build one major new LNG export facility on the East Coast.

One would think that such a national disgrace, along with all our economic woes, would be enough to move the mass of Canadians to yearn for energy security and to again support Alberta oil and gas.

But that may not happen, at least not anytime soon. If not, don’t be surprised if Alberta conservatives shake things up even more and elect Smith.