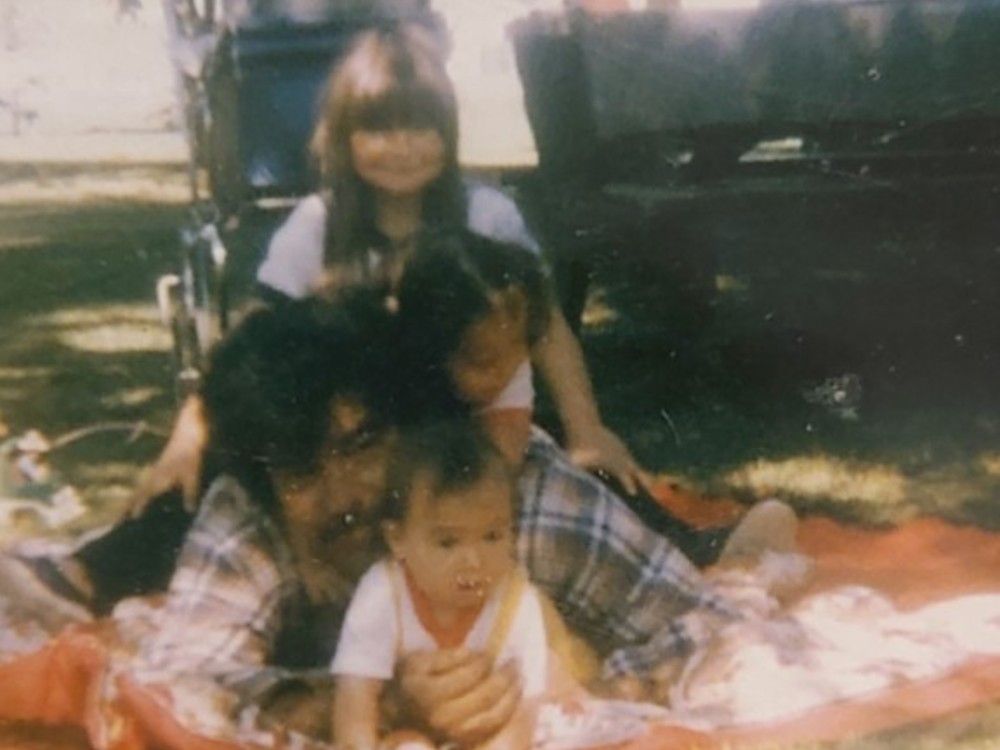 On a sunny day last spring, Clifford Mitchell and two friends laid down in a park a few blocks from Edmonton city hall and never got up.

The sudden, unexplained deaths of the three men briefly captured the city’s attention. No one could immediately say for certain how they died, but for many, their deaths appeared to be a terrifying reminder of the city’s increasingly dangerous toxic drug crisis.

One year later however, Mitchell’s daughter has yet to receive a formal autopsy report or death certificate detailing how her father died. An official with the medical examiner’s office told her Mitchell had the powerful opioid carfentanil in his system, but official results are still pending.

Naomi Johnson said she is frustrated not knowing what killed her 71-year-old father and his friends, Jason Bush and Michael Dion.

The news that carfentanil may have played a role was “a big surprise,” she added. People who knew Mitchell said he and his friends drank alcohol and smoked pot, but “I never knew my dad to do that (carfentanil), and none of his friends did.”

Emergency crews were called to Kinistinâw Park on May 21, 2021, after the three men were found in cardiac arrest. The park — at 96 Street and 103 Avenue is a block from Edmonton’s police headquarters — translates to “us three” in the Cree language.

First responders tried unsuccessfully to revive the men, including with Narcan, the opioid-blocking medication used to treat overdoses.

All three men were homeless at the time of their deaths. Mitchell, known in the community as Mooshum (grandfather in Cree), had spent much of his life on the streets. He and his friends, who had to guide him due to his failing eyesight, were regulars at Early Bird Cafe on 97 Street.

Johnson lives in B.C. and learned of her father’s death through Jimmy Ali, the cafe’s owner. She contacted police but was told that the case was considered non-criminal.

After contacting the Office of the Chief Medical Examiner (OCME), she was told autopsy and toxicology results would take between nine and 12 months.

Late last year, she spoke with an official from the office, who gave her preliminary results but cautioned that an official cause of death had not been established.

“I’m glad she went through that with me, and she took the time out to call me back,” Johnson said. “But it’s been over a year now.”

In a statement, Ministry of Justice spokeswoman Katherine Thompson said the OCME cannot share information about cases it is investigating except with next of kin or third parties such as police.

The office investigates only certain deaths laid out under the Fatality Inquiries Act, including cases where people die accidentally. A record-breaking 1,758 Albertans died of accidental drug poisonings in 2021, the majority of them from opioids like fentanyl.

“OCME death investigations can take time depending on the complexity of the case, with the majority of cases being completed and a death investigation report produced in approximately nine or so months,” Thompson said, adding cases requiring toxicology can take longer.

Janis Irwin, the NDP MLA for the area where Mitchell and his friends died, said she is frustrated on Johnson’s behalf but does not know enough about the medical examiner’s office to comment on the delay.

However, “to have no answers a year later, that seems quite unacceptable,” she said. “It’s been a year and how much progress have we seen on addressing drug poisoning deaths and supporting the unhoused in our communities? Sadly, not a lot.”

Johnson plans to come to Edmonton in August with her father’s ashes for a ceremony with family at the park. She said the circumstances of his death makes her feel “like no one really cares about Indigenous people and how they end up on the streets.” While it was not talked about much in the family, she believes her father attended residential school.

Johnson said she will remember her dad for his love, his “big” personality and his positive attitude, even when he was without a home.

“He just made you feel comfortable,” she said. “It just feels like when he died, a part of me (was) untethered.”