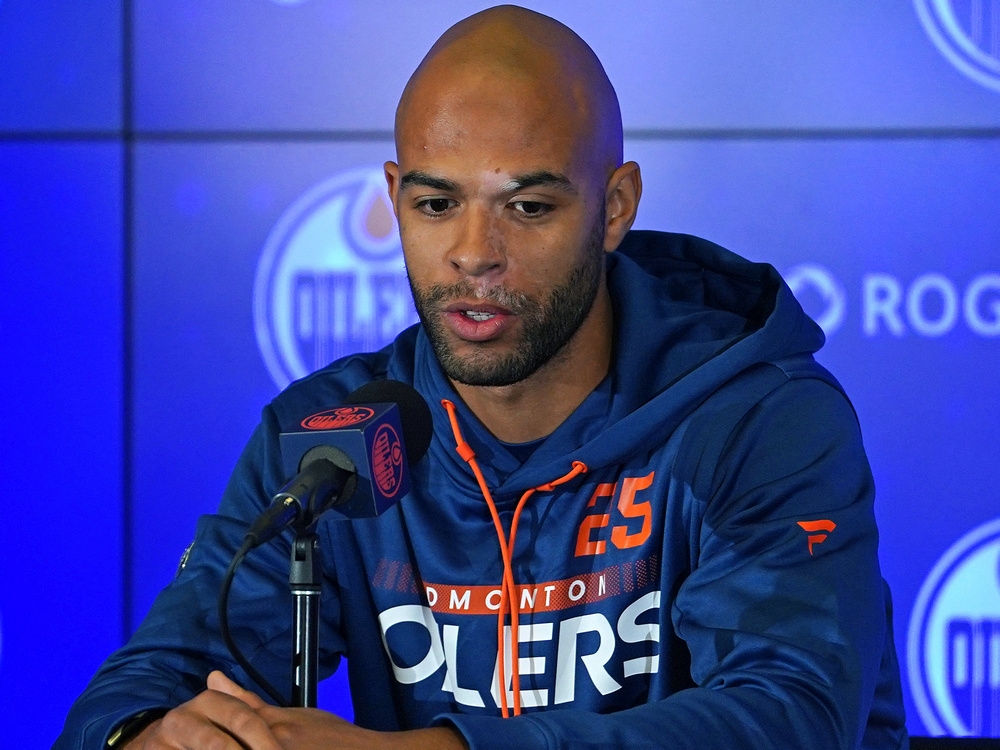 So, do you think the Edmonton Oilers will open the Stanley Cup final at home or on the road?

With fans still riding the high of the best Edmonton Oilers season since 2006, and seeing some of the players they signed in the summer, it’s tempting to get ahead of one’s self.

Bold predictions of Stanley Cup windows and contender status before a puck even drops on the pre-season are great for long-suffering fans, so long as that sentiment doesn’t make its way into the dressing room.

By all accounts, it hasn’t. In fact, the Oilers are pumping the brakes on just about everything that has to do with looking ahead to another trip to the Western Conference final and beyond.

Starting at the top.

“I told the guys there are 32 teams in the league having meetings today who have high hopes and high expectations,” general manager Ken Holland said of his address to the team prior to the start of training camp.

“Last year is history. It means nothing. You have to play your way back into the playoffs.”

If Holland knows anything from experience in Detroit, it’s that this season is going to be harder than last year, not easier.

The core of this team has done it twice in the last six years, and learned a very valuable and painful lesson about taking anything for granted.

“I remember that summer (of 2017) personally,” said defenceman Darnell Nurse. “Everybody was talking about how we were a good team, we were going to be a contender. That’s not how sports works. You have to earn it. We didn’t earn it at all.”

No, they didn’t. They missed the playoffs two years in a row and then bowed out in the first round the two years after that.

This time, there is a steely determination to prove it was no fluke.

“We have to have a chip on our shoulder,” said Nurse. “It was great to get to a Western Conference final, but there was only one winner last year and we were in the group of losers. To get to that ultimate goal, it’s going to take a lot more work than we even put in last year.”

Getting Evander Kane back and signing goalie Jack Campbell leads many to believe the Oilers are stronger than they were last year, but that’s absolutely not the case yet.

“For sure you can look at it on paper and say we’re a better team now than we were at the end of last year,” said Nurse.

“But that’s paper. The real test comes when the puck drops on opening night.”

Kane reached a multimillion-dollar settlement in his wrongful dismissal suit with the San Jose Sharks, who terminated his contract in January for violating COVID-19 protocol while playing with the AHL affiliate.

“I’m happy it’s over and done with,” he said, joking that the story would make for good television. “I won’t get into it too much. It’ll probably be in the Netflix doc when I’m done.”

Oilers RFA Ryan McLeod, who’s been waiting on a new deal all summer, is expected to be on the ice for the start of camp on Thursday.

“He took physicals and I talked to his agent, I’m hopeful that we’re going to find a solution on a contract,” said Holland, who hasn’t been able to find room under the cap to get a deal done. “He’s obviously been patient.”

The hope was that the Oilers would trade away some salary and leave room to sign the 23-year-old center to a two- or three-year deal, but it hasn’t happened.

“We’re to the point now where we’re probably looking at a one-year deal. I like him a lot. I think he’s a top nine forward. I see him growing into an important player for us in the bottom six. But, ultimately we’re at where we’re at with the cap.”

“Slater will be away from the team while he continues to work on his mental health. He will be working with the singular goal of returning to the Oilers in the best mindset and with the tools he needs to have s successful return.”