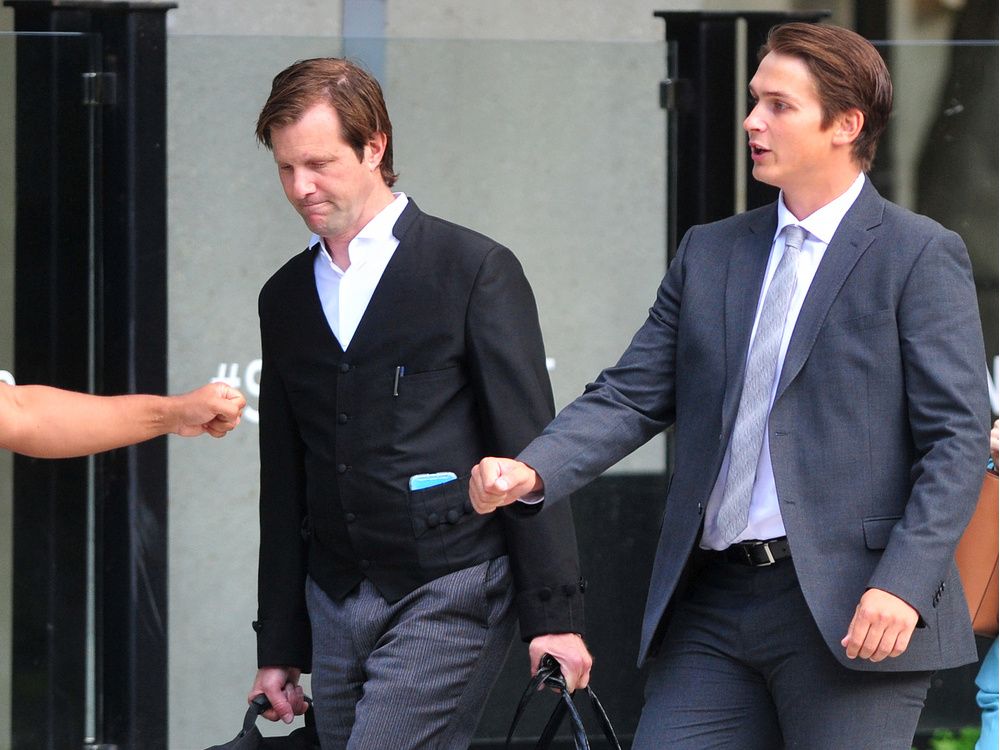 A B.C. woman who claims she was sexually assaulted by former Vancouver Canuck winger Jake Virtanen says she wasn’t motivated by money when she filed a civil lawsuit against him.

The statement from the complainant, who cannot be identified due to a publication ban, came during her second day of cross-examination at Virtanen’s trial in B.C. Supreme Court in Vancouver.

She alleges that Virtanen sexually assaulted her in his hotel room at the Westin Bayshore on Sept. 26, 2017. Virtanen, now 25, has pleaded not guilty to the criminal offence.

Court has heard that in addition to contacting the news media and police in 2021, the complainant hired a lawyer and filed a civil suit against the former right-winger.

Under questioning from the Crown, she testified that her goal in suing Virtanen was to “get some reassurance” and denied that it was for money.

On Wednesday, Brock Martland, Virtanen’s lawyer, pointed out that, ultimately, money is all that a civil court can order.

The complaint said that the “whole reason” she came forward in the first place was to have her story told and believed, and to have people say it wasn’t her fault and that Virtanen was the one in the wrong.

“I don’t even know how much money would come of that,” she said of the lawsuit.

“Well, it could be enormous,” said Martland.

“I didn’t know that,” replied the complainant. “The amount of trauma and stress I’d been through, it isn’t worth any amount of money.”

Martland suggested that the complainant was aware that even for an entry level NHL player, the salary would be at or over $1 million, but she denied knowing that that was the case.

The complainant denied having a lavish lifestyle or spending habits.

The defence lawyer then questioned the complainant about several tweets she had posted online, including one that said, “I have a spending problem, someone confiscate my credit card,” but the complainant said that those tweets were just a joke.

Regarding her motive for reporting the allegations, Martland suggested that she knew she would instigate an enormous amount of public anger directed at the hockey player.

“You wanted that,” said Martland.

“I wanted him to be held accountable, yes,” she said. “He created this. Had he accepted no for an answer, I would have left and none of this would have happened.”

Court has heard that the morning after the alleged sexual assault, instead of giving her a promised ride back to her friend’s home, Virtanen told her he could only provide her cab money because he was attending team practice.

She agreed that the amount of cab fare provided was more than enough for the taxi, and agreed with Martland’s suggestion that it made her feel like a sex-trade worker.

Under questioning from Martland, she agreed that she felt like she had been used for sex, and that for Virtanen, it was only about sex.

“You felt like, to use the expression, you were a notch on his bedpost,” said Martland.

Questioned about seeing Virtanen leave the hotel and head for his vehicle, the complainant said that she saw another man, who she guessed was also a hockey player, with Virtanen.

She agreed with Martland that it was the first time she had mentioned a second person being at the scene, but said she believed that that was not relevant information.