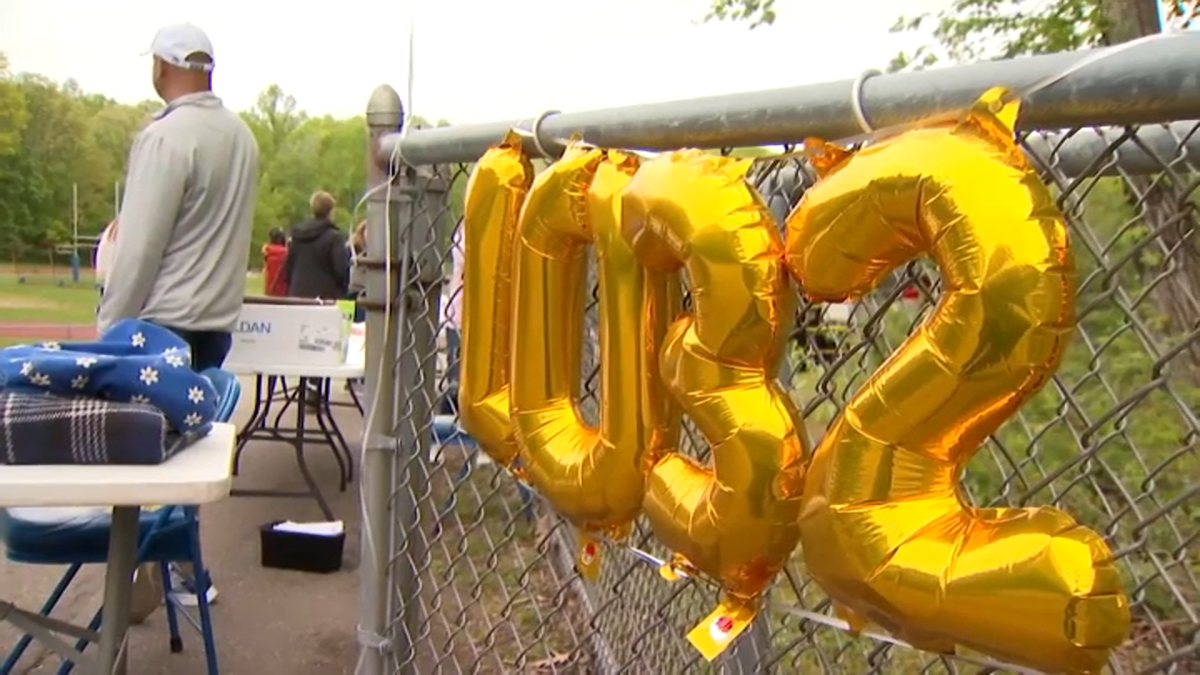 A community continues to mourn but also celebrate the lives of two teens taken too soon. Jacob Chapman and Tyler Graham were killed in a car crash in Colchester in October.

On Thursday night, Bacon Academy hosted a lacrosse event in honor of them. It’s a game both young men loved.

“They were special boys, and we wanted to do something special to remember them,” said Bacon Academy Athletic Director Kevin Burke.

For many who knew and loved Chapman and Graham, it’s been a long and difficult seven months without them. But in that time, a community has rallied around the two families and found ways to keep their memories alive.

“They were very well liked and respected, and we felt it was really important to honor their memories but also the type of people that they were,” said Bacon Academy Principal Matthew Peel.

On the field of Bacon Academy, where both 18-year-olds shined as lacrosse players, the 1032 doubleheader event of girls and boys lacrosse was for them. 1032 is a combination of Chapman and Graham’s jersey numbers.

The two young men graduated in 2021 and had just started attending college when they were killed in a car crash.

Graham’s dad started the Tyler Graham Foundation, which introduces lacrosse at the elementary school level and works to help grow the game. Graham’s dad said the 1032 event, which will take place every year, is awesome to see.

“I just want to thank everyone. The community, everyone has been great. The outpouring of support, I’m just so thankful to live in Colchester,” Jeff Graham said.

In sight of fans and players are two benches and a tree. Money donated at Thursday night’s event will go towards finishing that memorial.

Peel said any remaining funds will probably go towards scholarships for lacrosse players.

“Today is a celebration for Tyler and Jake,” Burke said.

While the last seven months have been difficult, those we spoke to say what they’ll remember is the kindness of Chapman and Graham and the deep and lasting impact they had on this town.

“He was a leader. He was a captain. He was all-state. He was just an awesome kid. I miss him so much,” Jeff Graham said.

“It was hard to not have a smile on your face when they were around and you were talking to them, so I just miss them,” Burke said.