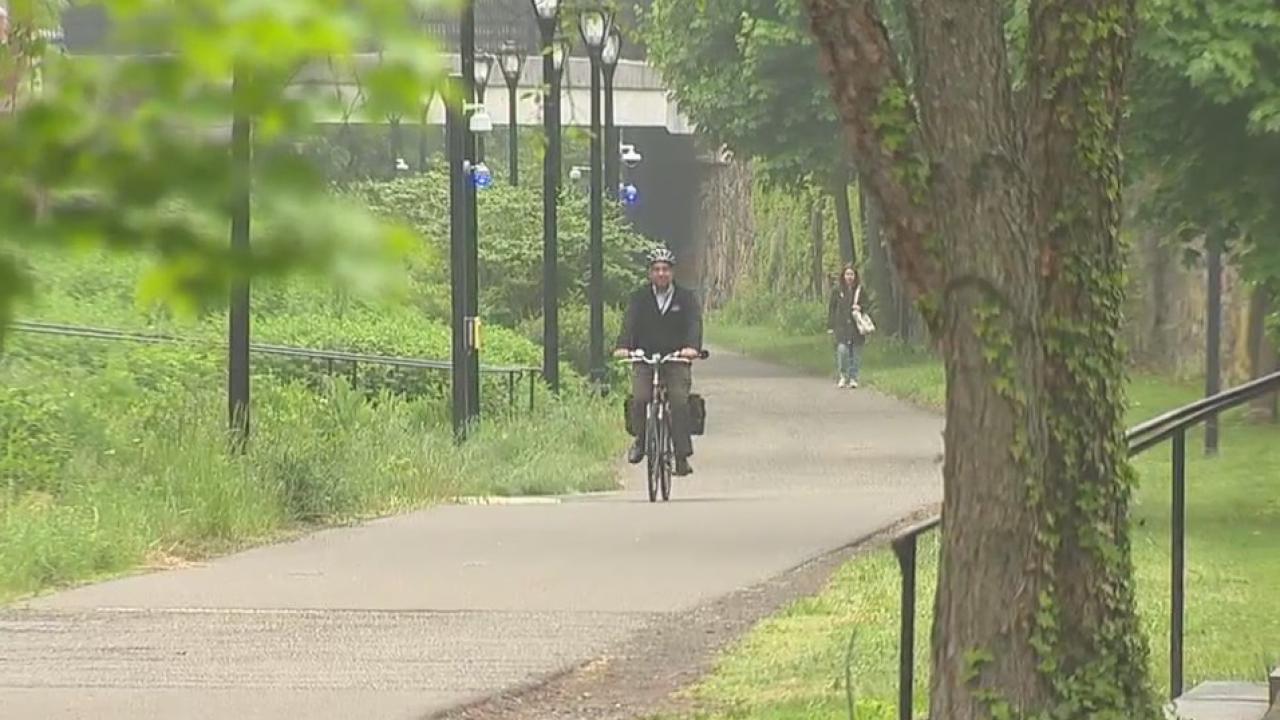 NEW HAVEN, Conn. (WTNH) — Friday is National Bike to Work Day and people are taking advantage of the Farmington Canal Heritage Trail. They are also stopping along the way to celebrate a very important date.

”We’re also celebrating the 200th birthday of the Farmington Canal, which was officially chartered here in New Haven in May 1822,” said Aaron Goode, founder of Farmington Canal Greenway.

The trail connects to the history of the development of this region, which made it an economic powerhouse.

Two centuries ago, the path was used to transport goods to other parts of the state.

”Its become extremely popular for people not just riding, biking, walking their dogs on the trail for fun, but also a commuter route,” said Lisa Fernandez, Farmington Canal Rail to Trail Association president.

The route leads people to both work and nearby schools, such as Yale University.

”We have infrared counters on the trail that shows we had almost 200,000 trips taken along this trail last year,” Goode said.

The trail also came in handy for many at the start of the pandemic.

”I’ve been riding ever since, and the doctor really loves it. I’ve lost about 50 pounds riding the bike,” said David Schadlich, a cyclist.

There was even a birthday cake at the celebration that gave a timeline of the trail. That timeline includes the statue of William Lansing, a building pioneer, who succeeded against all odds in helping to create the trail.