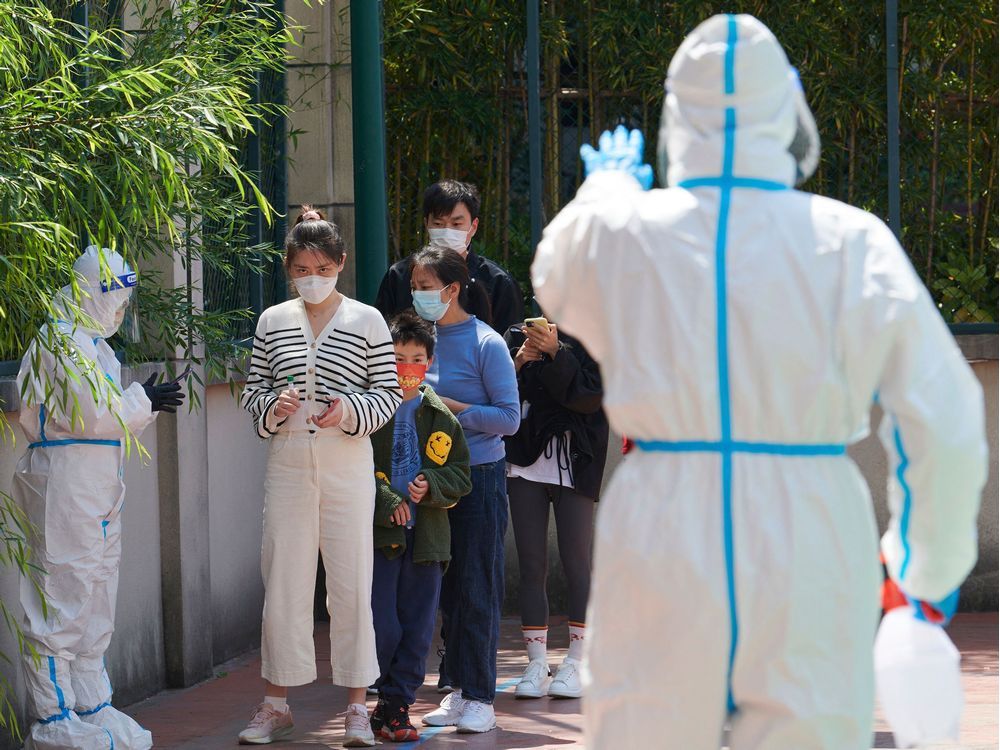 Residents short of groceries, medical care and patience have publicly aired their grievances in rare displays of dissent against the Communist Party

The Chinese Communist Party’s flagship newspaper called on the nation to support President Xi Jinping’s Covid Zero strategy, showing any shift in policy is unlikely even as lockdowns in Shanghai and elsewhere threaten to hurt the economy.

In a front-page commentary Monday, the People’s Daily said Xi’s strategy to snuff out the virus has proven “correct and effective” and China should be “uniting more closely around the party’s leadership with Xi Jinping as the core.” Citizens should follow the strategy “unswervingly and unrelentingly” with “earlier, faster, stricter and more practical” measures, it said.

China is struggling to contain a worsening outbreak that risks weakening growth in the world’s second-largest economy and disrupting global supply chains. The crisis has turned into one of the biggest tests yet for Xi, who is likely to seek a third five-year term during a Communist Party congress later this year.

Tens of millions of people in the city of Shanghai and the northeastern province of Jilin have been barred from leaving their homes, fueling widespread criticisms of his government’s response to the highly infectious omicron variant. Residents short of groceries, medical care and patience have publicly aired their grievances in rare displays of dissent against the Communist Party.

More Chinese authorities are heeding Xi’s call to implement stringent movement restrictions to curb the virus. Over the weekend the western city of Xi’an came under a partial-lockdown for four days. The central city Zhengzhou also locked down its airport district for two weeks and started mass testing in the area on Monday.

“Practice over the past two years has proven that the general strategy and policy of normalized epidemic prevention and control are correct and effective,” People’s Daily said. It ran a similar front-page commentary defending Xi’s Covid Zero strategy earlier this month, saying the policy is essential to saving lives and keeping the economy going.