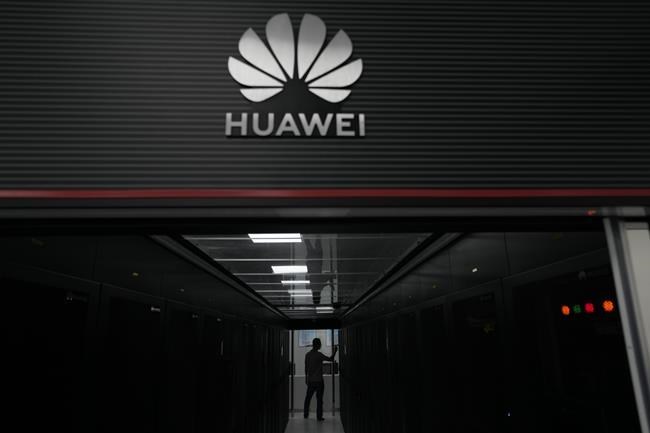 In The News is a roundup of stories from The Canadian Press designed to kickstart your day. Here is what’s on the radar of our editors for the morning of May 20, 2022 … What we are watching in Canada …

In The News is a roundup of stories from The Canadian Press designed to kickstart your day. Here is what’s on the radar of our editors for the morning of May 20, 2022 …

What we are watching in Canada …

Beijing is condemning the move as a form of “political manipulation” carried out in coordination with the U.S., which was aimed at “suppressing” Chinese companies in violation of free-market principles. China will comprehensively and seriously evaluate this incident and take all necessary measures to safeguard the legitimate rights and interests of Chinese companies,” the Chinese Embassy in Canada said in a statement posted on its website. China commonly employs such language in commercial disputes, which often does not lead to a firm response from Beijing.

The move brings Canada into step with three of its Five Eyes intelligence-sharing alliance, including the U-S, the U-K and Australia, who have already taken decisive steps to curb the use of Huawei gear in their countries’ respective 5G networks. Champagne said the decision followed a full review by Canada’s security agencies, in consultation with Ottawa’s closest allies. He added that “telecommunication companies in Canada will not be permitted to include in their networks products or services that put our national security at risk.

The Liberal government and officials have been asked repeatedly over the last few years about Ottawa’s 5G intentions. On Thursday, the Conservatives criticized the Liberals for taking so long. The New Democrats also said it was long overdue.

The latest Royal tour of Canada has come to an end, with Prince Charles and Camilla, the Duchess of Cornwall, departing Canada Thursday.

Charles told reporters that they were leaving with “heavy hearts” and a deeper understanding of residential schools. The Royal couple took time during the three-day tour to speak with survivors across the country. Charles said they courageously shared their experiences of the schools. He added that he wanted to acknowledge their suffering and to say how much the couple’s hearts go out to them and their families.

Earlier in the visit, leaders from the Assembly of First Nations and the Metis National Council requested an apology from the Queen, as head of the Church of England. While not addressing that request, the prince said community members and leaders at every stop emphasized the importance of reconciliation.

On Thursday, Charles and Camilla wrapped up their visit in the Northwest Territories, where they took part in ceremonies, cultural events and learned about Indigenous language. They were greeted by a large group at the Yellowknives Dene First Nation community of Dettah. The First Nation east of Yellowknife has a population of just over 200 people and dozens came out to shake hands with the couple and partake in a fire lighting ceremony.

Throughout the tour, the couple focused on connecting with Indigenous people and discussing climate change. Charles said he had witnessed the devastating impact of climate change during his time in the North. He also noted that it’s clear that urgent and decisive action must be taken by all leaders.

Before leaving Yellowknife, the prince said he appreciated the warm welcoming across Canada.

The Public Health Agency of Canada says two cases of monkeypox in Quebec are the first confirmed cases in the country.

Late Thursday the agency issued a release saying it was working with the United States Centers for Disease Control and Prevention, and public health officials in Quebec to investigate potential exposure and contacts of a case of monkeypox recently identified in the U.S.  It says a U.S. citizen recently travelled to Canada by private transportation and may have been infected before or during his visit to Montreal. Agency officials say the investigation into monkeypox is evolving and ongoing in Canada and around the world.

Earlier Thursday, the Quebec Health Department confirmed the province’s first two cases of monkeypox and said 20 other suspected cases are under investigation. Montreal public health authorities are urging calm, saying the disease isn’t likely to spread through the community. Public Health Director Doctor Mylene Drouin told a news conference “At the time that we are speaking, it is not something that is going to go to community transmission that is going to be sustained.”

Drouin noted that the city’s first suspected cases were reported on May 12 from clinics specializing in sexually transmitted diseases, although symptoms had begun appearing around April 29. Most cases identified in the city are not severe, and symptoms involve a period of fever and sweating followed by the appearance of a painful rash in the genital area. Drouin added, “There is no specific treatment currently available.”

What we are watching in the U.S. …

There is concern that the North may highlight the threat with a major weapons demonstration, even as it grapples with a COVID-19 outbreak that is ripping through its unvaccinated populace. Both U.S. and South Korean intelligence officials say it’s possible that Pyongyang will conduct a ballistic or nuclear test to coincide with Biden’s visit.

While North Korea is expected to be at the top of the agenda when Biden and Yoon meet in Seoul on Saturday, it’s unclear whether the meeting will produce a meaningful new approach to handling the nuclear threat. Nuclear negotiations between Washington and Pyongyang have stalled for more than three years about disagreements over how to relax crippling U.S.-led sanctions in exchange for disarmament steps by the North.

Biden also hopes to use his visit to Asia to confirm his belief that long-standing friendships can afford to become even friendlier and pay dividends. His six-day trip starts in South Korea on Friday and ends in Japan at a time when world events are resetting the foundations of the global order.

What we are watching in the rest of the world …

The number of Ukrainian troops still holed up in a steel factory, in the over-run port city of Mariupol, is dwindling, even as Russian commanders find themselves under increasing pressure to reallocate troops to bolster their offensive in eastern Ukraine.

By the Kremlin’s count, more than 17-hundred defenders of the Azovstal steel plant have surrendered since Monday. The International Committee of the Red Cross said Thursday that it had gathered personal information from hundreds of the soldiers who had surrendered, including name, date of birth and closest relative; registering them as prisoners in order to ensure the humane treatment of POWs under the Geneva Conventions.

In its latest intelligence report, Britain’s Defense Ministry says if the factory falls, Russia will likely use troops from the city to reinforce operations elsewhere in the eastern industrial Donbas region. How long the remaining troops in the Azovstal factory can still hold out, however, is not clear. In a brief video message Thursday, the deputy commander of the Azov Regiment, which led the defence of the steel mill, said he and other fighters were still inside.

Meanwhile, the most recent round of fighting in the eastern Donbas region saw 12 people killed and 60 houses destroyed as Russia shelled the neighbouring cities of Severodonetsk and Lysychansk, northwest of Luhansk. In addition to Thursday’s artillery attack, Ukraine’s General Staff said in its morning update that Russian ground troops attempted to assault Severodonetsk but took losses and retreated.

Amelia Earhart took off from Newfoundland to become the first woman to fly solo across the Atlantic. (Because of weather and equipment problems, Earhart set down in Northern Ireland instead of her intended destination, France.)

A man charged in an on-stage attack on comedian Dave Chappelle has now also been charged with the attempted murder of a roommate months earlier.

Isaiah Lee pleaded not guilty in the December stabbing at a Los Angeles transitional living facility. Prosecutors say the publicity that followed the Chappelle incident helped lead to the 23-year-old Lee’s identification and arrest in the previous attack.

A message left with the county public defender’s office seeking comment from an attorney for Lee was not immediately returned.

Lee was arrested May 3 after allegedly rushing the stage and tackling Chappelle during his stand-up set at the Hollywood Bowl. Chappelle was not hurt and finished the show that was part of the “Netflix Is a Joke” comedy festival.

Lee, who remains behind bars, pleaded not guilty to four misdemeanour counts stemming from that attack.

Did you see this?

Experts say that measures to keep Canada’s stretched baby formula supplies from spiralling into a widespread shortage like that seen in the United States are unlikely to offer immediate relief, and even then may be short-lived.

On May 9, Health Canada recommended that the Canadian Food Inspection Agency temporarily suspend bilingual labelling and nutrient composition requirements to allow infant formula imports from Europe, and thereby reduce Canada’s reliance on U.S. suppliers. The move would clear the way for nine previously unavailable products from the United Kingdom, Ireland and Germany to reach the Canadian market. Most are for infants who need a specialized diet because of an allergy to cow’s milk or have certain metabolic conditions and don’t necessarily affect the majority of formula-fed babies in Canada.

The products come from “countries that have similar regulatory standards to Canada and are safe to use,” a spokesperson for Health Canada said by email.

The Retail Council of Canada says none of the formulas on the list for temporary import are available on store shelves yet, and the order expires June 30.

In the meantime, the council’s national spokeswoman says she knows of “sporadic shortages for regular formula” in addition to a reduced supply of specialty formulas due to a recall involving some products made by Abbott Nutrition.

This report by The Canadian Press was first published May 20, 2022