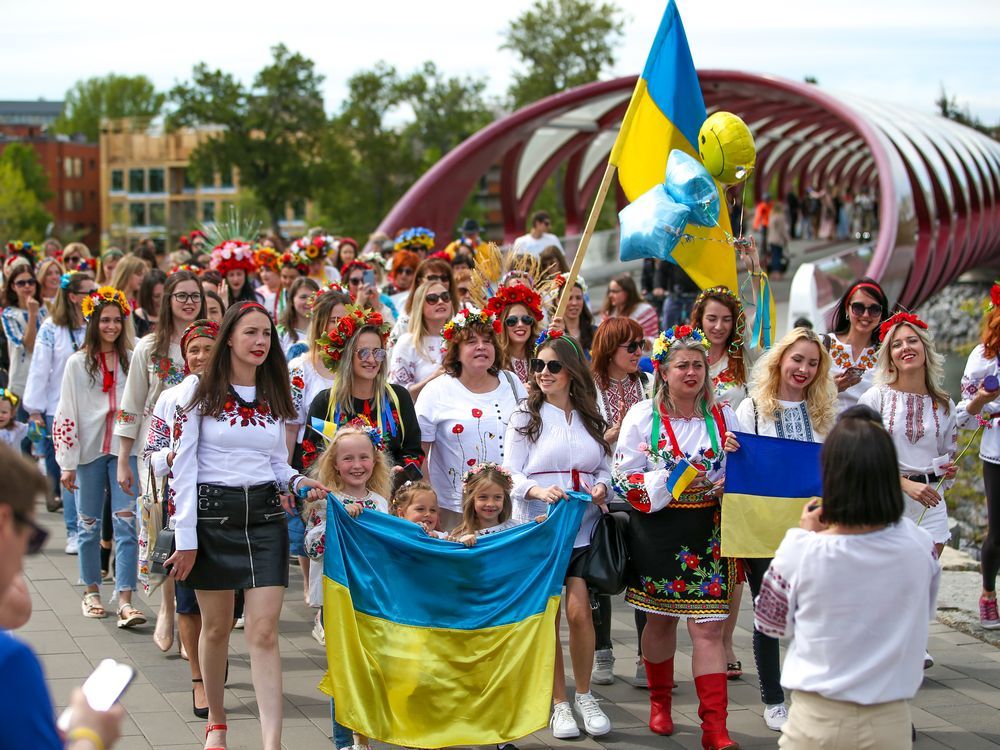 More than 100 women marched in Calgary Saturday to protest against the Russian invasion of Ukraine.

The women marched from the Peace Bridge to Prince’s Island Park around 3 p.m., wearing colourful traditional clothing and wreaths of flowers on their heads.

One of the organizers, Kseniya Vartazarova, said the march was meant to act as a symbol of beauty and love in the face of war in Ukraine. It has been 94 days since Russia invaded the country, marking a steep escalation of the years-long conflict.

“We want to show our culture is beautiful. And if the Russians destroy Ukraine, all of this will disappear. We want to save it,” Vartazarova said.

Vartazarova’s family is from Kryvyi Rih in Ukraine, the same place Ukrainian President Volodymyr Zelenskyy was born. She said she feels everyone is tired of the war but it remains a constant reminder for her every day.

“Right now, while we’re gathering this event and taking pictures, my hometown city is under bombing. It’s hard for me, right? I’m sitting here in full makeup, in full embroidery, but I’m crying inside,” she said with tears in her eyes.

“We just want to show Canadians that we appreciate all the support they give us. But unfortunately, all of us will have to stay stronger, because this will be going on for quite some time.”

Nataliia Ruban and Melia Chmilenko are volunteers with Ukrainians of Calgary, a Facebook group with more than 10,000 followers aimed at fundraising and helping Ukrainian people that helped to organize Saturday’s march.

The group was formed one day after Russia began its invasion, Ruban said. It has since formed a network of Ukrainians in Calgary who work together to help newcomers settle in, and fundraise to send medical supplies to Ukraine.

Ruban said there were a lot of newcomers in the march who had just arrived in Calgary from Ukraine.

“It just touches your inner soul. Many people are here for the same idea. We need to get our world back. This is love, this is peace, and this is what we are looking for,” she said.