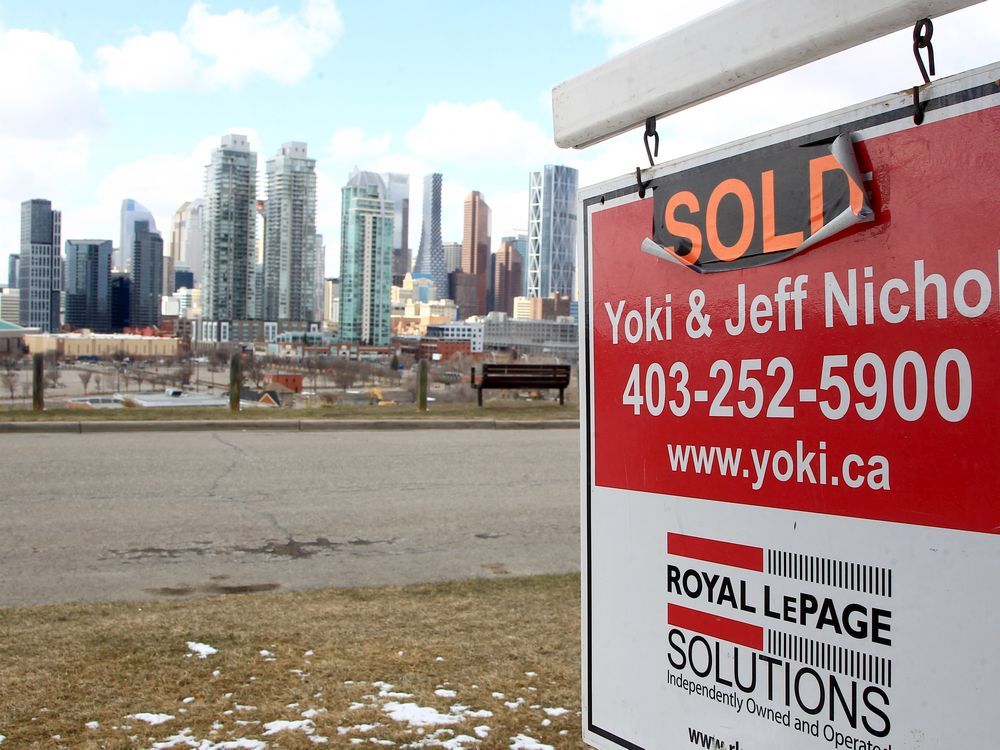 Data from the City of Calgary suggests foreign homeownership makes up only a tiny percentage of the overall housing stock, although exact numbers are difficult to pin down.

With a red-hot housing market and the announcement of a federal ban on foreign home buyers, Postmedia set out to find data on non-resident and foreign residential property ownership within Calgary.

The City of Calgary does not keep tabs on where property owners live or what their nationality is.

However, city officials were able to provide data about where residential property tax assessments are being mailed, in cases where they are going to an address outside the city. The information provided shows the country, U.S. state or Canadian province where the bill is being mailed.

The numbers, which are accurate up to Jan. 5 of this year, are not a perfect representation of property owners who live outside the city. For instance, a Calgary homeowner who spends the majority of the year living here could choose to have their assessment sent to their winter home in Texas. Assessments could also be going to Calgary residents who are temporarily working in another country.

This data would also not show property owners living outside the city, but choosing to have their property tax documents sent to a local property management firm.

Roughly 8,500 were sent to Alberta addresses, with 10,052 assessments going to Canadian addresses in the other 12 provinces and territories.

Of the provinces, B.C. received the highest number of assessments for 5,370 properties. Ontario was next with 2,322.

Calgary mailed assessments to 1,185 addresses outside Canada, representing 0.2 per cent of Calgary’s residential properties. The U.S. made up a slight majority of these, with 656 assessments going to American addresses. The most common states appearing on the list were California (255), Texas (148), and Washington (41).

That leaves only 529 assessments going to non-U.S. international addresses, including 114 listed simply as “other.” The most common countries included Australia (94), Hong Kong (80), the U.K. (67), and Saudi Arabia (59). There were no assessments mailed to Russia, according to the data.

Realtors in Calgary have told Postmedia they are getting more interested homebuyers from Ontario and B.C., with some looking to move here and others simply hoping to rent out the properties they buy.

Jamie Palmer, president of Calgary-based property management firm Power Properties, said his business has been fielding calls from prospective property investors in Ontario but they aren’t necessarily turning into purchases.

He said since the middle of February, about half of his calls have been from out-of-province customers, especially from Ontario.

“It’s interesting,” said Palmer. “They love Calgary prices (…) but they kind of expect Toronto rents. When we bring them back to reality and say, “No, that will rent for $2,000 a month” or whatever it may be, all of a sudden the equation looks a lot less appealing.”

He said there has been an increase in the number of people who have bought property — generally new construction — that they’re typically looking to have managed. That’s a change from what he’s used to seeing.

“About half our clients are non-resident, but they are typically Calgarians who have taken a job in Dubai or Abu Dhabi — someplace like that — and they’re hiring us to rent out their house,” said Palmer.

As for the two-year ban on foreign homebuyers, Palmer doesn’t believe it will do much to affect Calgary’s market.

“I can’t see it having any significant impact whatsoever,” he said. “There’s such a small percentage of buyers in our experience in Calgary. Unless you’re paying cash, it’s fairly difficult for a non-resident in Canada to get a mortgage in Canada for a rental property.”