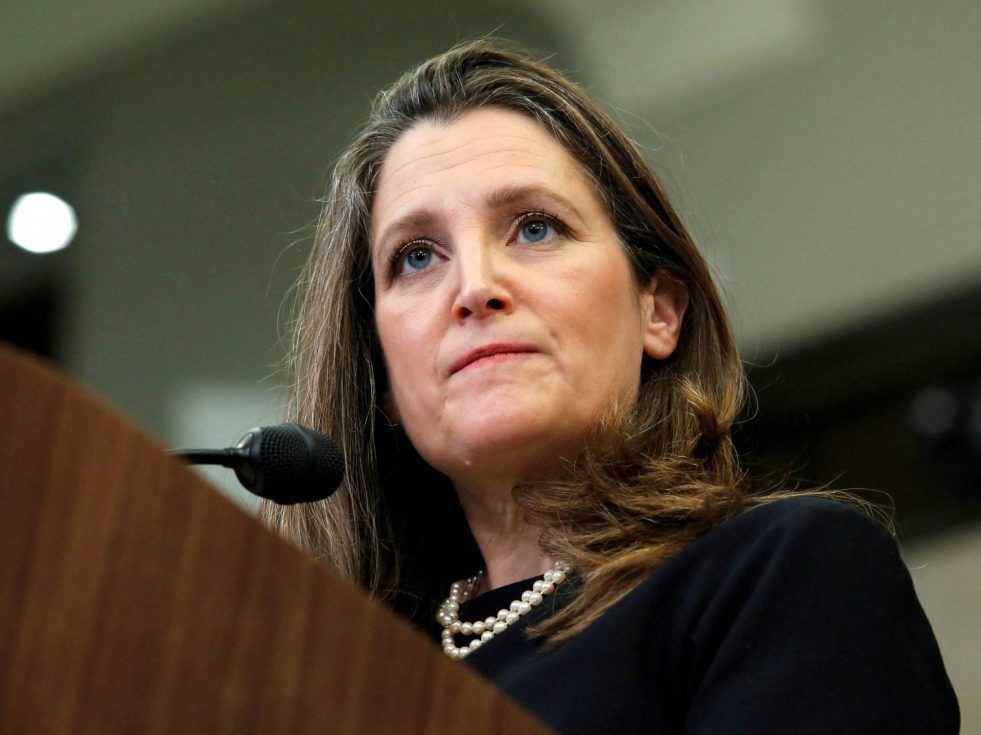 Calgary Mayor Jyoti Gondek spoke out about the threats and intimidation she’s faced as a political figure after the country’s deputy prime minister was targeted by verbal abuse in Alberta.

Deputy Prime Minister Chrystia Freeland was confronted in Grande Prairie on Friday by a man who repeatedly yelled profanities at her and called her a traitor. A video circulating online over the weekend shows Freeland arriving inside city hall in Grande Prairie before being confronted by the man while she approached and entered an elevator.

Gondek said in a statement posted to Twitter on Sunday afternoon that this was not an isolated incident.

“Why on earth would I openly state that I feel fear after seeing that horrible video? Because you need to hear what actually happens to women after something like this,” the Calgary mayor said.

“We have been conditioned to never show fear, but I think it’s high time we talk about it.”

She recalled that during the 2017 civic election, a man called her saying that he knew where she lived and that she should “watch out.” The man later confronted her at a public debate, letting her know it was him who called and leering at her throughout the event.

Gondek said she was fearful for the safety of her family during the mayoral race, and afterward when protesters found their way to her house to pressure her to remove public health measures during the pandemic.

“Unbeknownst to me, they stood on my driveway until I opened the garage door, when they scurried to the street. My mom was with me. We closed the door quickly and went back in,” she said.

“It didn’t last long but it shook our family. Would this happen again? How did they get my home address? Again, we all compartmentalized the fear and moved on.

“My mom still looks out to the driveway nervously every time we have to drive somewhere.”

Gondek also mentioned an incident from April, in which a costume horse head was left on her driveway — an ominous threat she said was accompanied by tire marks on the street in front of her house.

The mayor said it took her two days to write a victim’s statement so charges could be laid against the person who threatened her with the horse head.

“Actually unpacking my fear was emotionally draining. Compartmentalizing works because you can ignore how you feel. Speaking of your fear is exhausting,” she said.

Gondek said she chose to share the stories because the public needs to know there are “people who feel that their freedoms involve being able to intimidate others.”

And while condemnation of such verbal assaults is important, action is necessary, she said. Groups and individuals perpetuating hate should be identified and must face consequences.

“Expecting people to ‘be better’ is not enough anymore. Organized hate has to be rooted out and stopped through legislation. The justice system needs to protect people who are targeted. Listen to women who are telling you the law is not strong enough to protect us,” she said.

Prime Minister Justin Trudeau on Sunday called for political leaders to take a united stance against threats of violence and intimidation in response to the verbal abuse of Freeland.

Trudeau said what Freeland faced is being seen with increasing frequency by people in public life, particularly women and minorities.

“Threats, violence, intimidation of any kind, are always unacceptable and this kind of cowardly behaviour threatens and undermines our democracy and our values and openness and respect upon which Canada was built,” Trudeau said.

“As leaders, we need to call this out and take a united stance against it, because no matter who you are, who you love, the colour of your skin, how you pray, where you’re from, your gender, you deserve respect,” he said. “You deserve to live in peace without fear of threats of violence.”

Grande Prairie Mayor Jackie Clayton said in a video posted online Saturday that the incident with Freeland was “a disgusting display of hatred and abuse.” She expressed gratitude for municipal staff who “calmly de-escalated the situation and acted in a highly professional manner despite the stressful circumstance.”

“The confrontation at city hall captured on video does not reflect the welcoming spirit our region is known for. We do not need to agree on every issue to treat each other with basic respect,” Clayton said.

“No one should be subjected to abusive behaviour.”

— With files from The Canadian Press