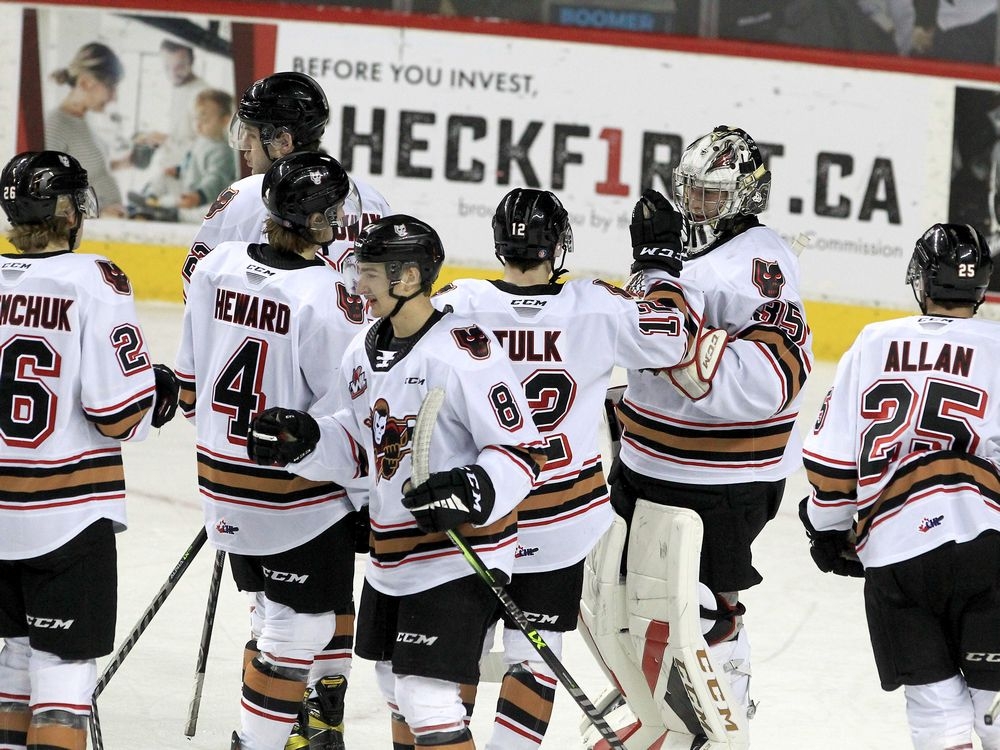 The Calgary Hitmen begin their 28th season in the WHL on Wednesday when they open training camp.

The camp will take place at both the Scotiabank Saddledome and 7 Chiefs Sportsplex on Tsuut’ina Nation.

A total of 80 players, including returning players, draft picks, listed players and free-agent invites, are expected to attend the five-day camp, which will include fitness testing, goalie development and games.

“Both players and staff are eager to get the season started,” said Hitmen general manager Jeff Chynoweth. “We are looking forward to a very competitive training camp with a number of roster spots available and significant improvement on last season with the goal of a championship as an objective.”

Players will be divided into four rosters comprising of Team Getzlaf, Team Ladd, Team Jones and Team Stone. They will each play three round-robin games before a day of playoffs highlighted by bronze-medal and gold-medal games.

All on-ice sessions are free and open to the public.

Players will go through registration, orientation and fitness testing on Wednesday at the Saddledome.

All of the following games and goalie sessions will take place at the 7 Chiefs Sportsplex.

The Hitmen will kick off their 2022-23 pre-season against the Red Deer Rebels on Friday, Sept. 9 (7 p.m.) at the 7 Chiefs Sportsplex. They will also host the Edmonton Oil Kings in a pre-season matchup at the Siksika Deerfoot Sportsplex on Saturday, Sept. 17 (7 p.m.). Between those games are road contests in Red Deer on Sept. 10 and Edmonton on Sept. 16.
The Hitmen begin their regular season with a two-game set against the Swift Current Broncos. The opener is Friday, Sept. 23 in Swift Current before the return engagement at the Saddledome on Sept. 24 (7 p.m.).