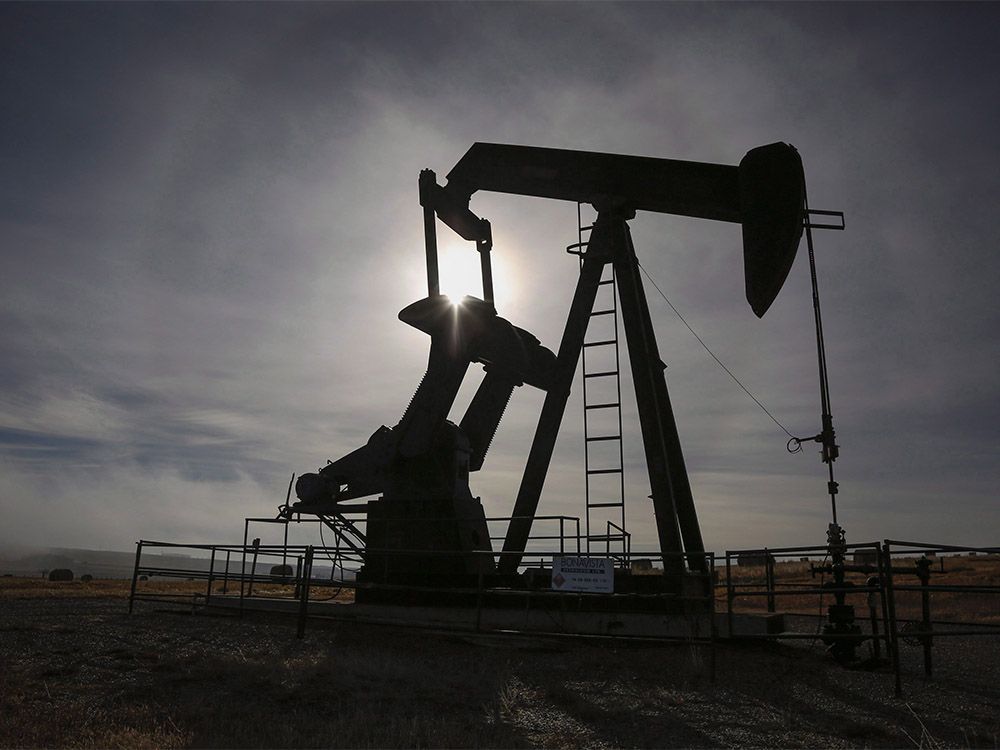 Complex forces are rolling through global energy markets today — such as inflation, a surge in commodity prices and the war in Ukraine — and the waves are rippling across the Canadian oil and gas industry.

On Tuesday, Calgary-based fracking firm Calfrac Well Services committed to selling its Russia division in the wake of the country’s invasion of Ukraine, after announcing in March it was suspending any new investment.

Meanwhile, MEG Energy reported a large bump in profits and record production as oil prices surged in the first quarter. And Imperial Oil disclosed details on its plans to increase returns to shareholders through a substantial issuer bid — and reiterated it has no plans to embark on major greenfield oilsands projects.

Benchmark West Texas Intermediate oil prices have surged this year — closing Tuesday at US$102.41 a barrel — while U.S. natural gas prices jumped to $7.95 per million British thermal units. The industry is planning for rising cash flow levels and strong commodity prices, but markets are driven by uncertain geopolitical factors and affected by ongoing pandemic restrictions in China.

Calgary-based Calfrac, an oilfield services company that operates in North America, Argentina and Russia, announced revenues increased 38 per cent during the first quarter from the same period last year, to $294 million, with improved pricing and activity levels.

It reported a net loss of $21.5 million in the quarter, down slightly from a year earlier.

“Given the events that have occurred in Ukraine, the company has discontinued its operations in Russia (and) committed to a plan to sell those assets,” chief financial officer Mike Olinek said on the first-quarter call with analysts.

Large oilfield services firms, including Baker Hughes, Halliburton and Schlumberger, have suspended their Russian operations or halted new investment since the invasion began in February.

Several international producers also have taken steps to leave the country, including Exxon Mobil and BP, which took a $24-billion writedown on Tuesday tied to its departure from Russia.

“We are surprised that no impairment was taken on (Calfrac’s) Russian assets given the significant headwinds in the region, as we would not expect it to realize proceeds of $45 million equal to its current net book value,” analyst Cole Pereira of Stifel FirstEnergy said in a research note.

On the conference call, Calfrac’s interim CEO George Armoyan said the company is confident it will sell off the division in 2022, while noting the company has invested $175 million in Russia over the years, with its initial entrance dating back to 2005.

“We are engaged in some conversations right now and we’re hoping to conclude it within a reasonable period of time. But we have an obligation to our shareholders to ensure also that we don’t give things away,” he said.

On Tuesday, oilsands producer MEG Energy reported net earnings in the first quarter jumped to $362 million, compared with a loss of $17 million a year earlier. The company saw record bitumen production of 101,000 barrels of oil per day during the quarter.

“Fundamentally, as we drive forward, we are very, very focused on debt reduction.”

MEG reported its net debt decreased by about $175 million in the quarter to US$1.72 billion.

MEG officials also said they allocated about 10 per cent for inflation in the 2022 capital budget, but the company is seeing upward cost pressure on steel, labour and fuel expenses.

Meanwhile, Imperial Oil held its annual meeting and announced details of its substantial issuer bid to purchase up to $2.5 billion of its common stock. The integrated producer announced last week a profit of $1.2 billion during the first three months of the year, up from $392 million a year earlier.

At Tuesday’s annual general meeting, Imperial CEO Brad Corson said shareholder returns continue to be a priority for the company, although that doesn’t mean it won’t consider future growth opportunities.

“Our current strategic focus is on optimizing the value of our existing assets,” he said in response to a shareholder’s question.

“We are not pursuing any major growth investments at this time, but continuing to invest in cost-efficient growth that doesn’t require a large amount of capital.”