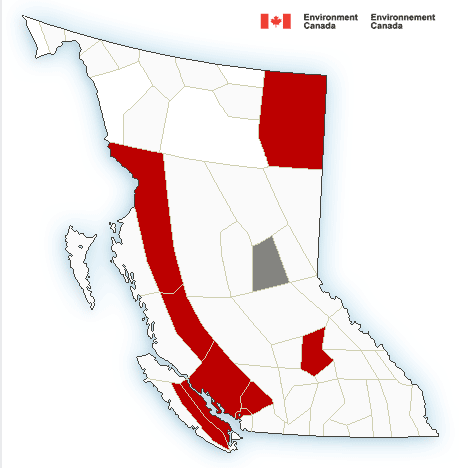 Metro Vancouver is going through another brief heat wave, but other parts of the province are dealing with hotter conditions.

Meanwhile, the City of Burnaby has decided it’s hot enough to open the following cooling centres:

Vancouver has a list of cooling locations online that it recommends to people trying to beat the heat.

For those who have underlying health conditions, such as Chronic Obstructive Pulmonary Disease (COPD) or asthma, the heat can be downright dangerous as many struggle to breathe.

President and CEO of the BC Lung Foundation, Christopher Lam, says trying to stay cool is already putting your body into overdrive.

“If you have COPD, one of the biggest things that’s happening for you is there will be an exacerbation of your ability to breathe. Your body is already working so hard to try and breathe at its current capacity that your body is working extra hard to keep itself cool. If you have asthma, there’s also the exacerbation of ground-level air pollution and that can be quite significant for people who are trying to breathe in what’s known as ground-level ozone and it’s like giving your lungs a sunburn.”

The B.C. crisis line says it has been inundated by calls during heat waves this summer, likening it to what volunteers saw during last year’s heat dome.

British Columbians are experiencing more anxiety amid the heat and also the threat of wildfires, the Crisis Centre of B.C. says, leading to more calls being made to 1-800-SUICIDE and the province-wide mental health support line, 310-6789.

“Calls to the mental health crisis line and suicide intervention line increase during heatwaves,” says Asha Croggon with the Crisis Line Network. “We saw an increase last year during the heat dome and the devastating wildfires, and we are seeing it happen again this year.”

Croggon says there have been increases of up to 25 per cent, depending on the region and severity and intensity of the heat wave and wildfire threat.

“This is in addition to the increased call volume and complexity of calls since the start of the COVID-19 pandemic,” she pointed out.

Environment Canada says people are advised to drink plenty of water, and watch for the effects of heat stress.

They add to watch for symptoms of heat illness, which include “swelling, rash, cramps, fainting, heat exhaustion, heat stroke and the worsening of some health conditions.”