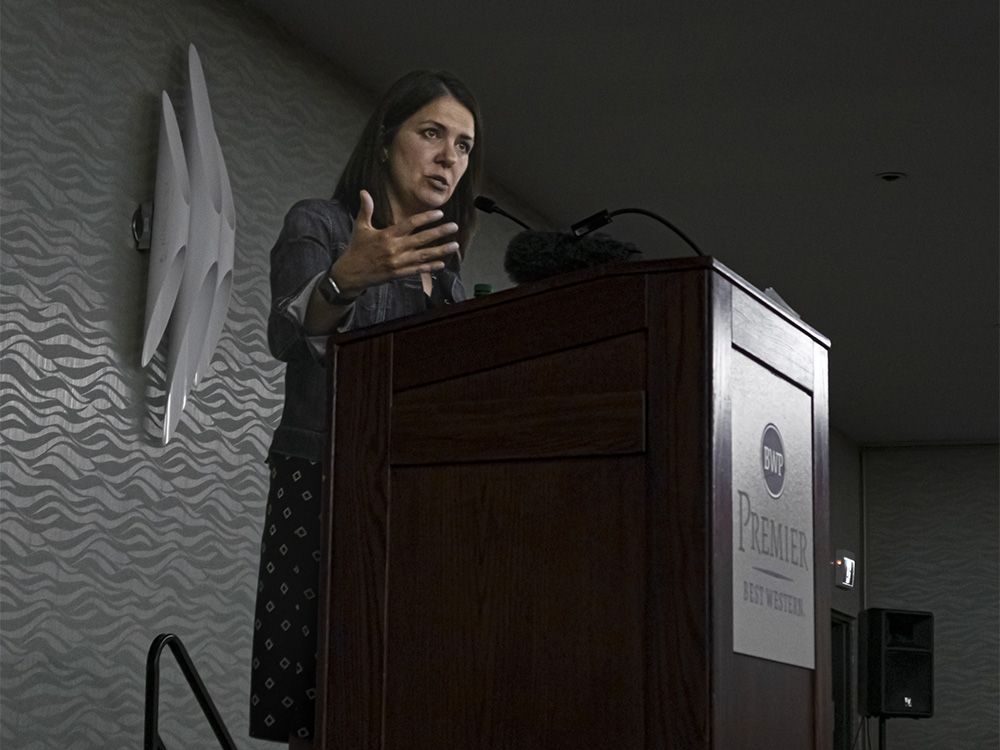 Danielle Smith’s campaign has been spectacularly successful at amping up her profile as a UCP leadership candidate.

But is she really the runaway public hit that all the media attention suggests?

Maybe not. The counterattack on her plan for nullifying federal laws has begun. Candidate Travis Toews and Jason Nixon, the government house leader, have both called it reckless and dangerous for the province, especially economically.

Nixon even said he doubts that the legislature, with a UCP majority, would pass her Sovereignty Act.

It’s worth recalling that when seven leadership candidates debated this very question on June 23, five disagreed with Smith.

Most favoured some moves clearly within provincial authority — a police force, for instance — but they all thought it was halfway crazy to nullify federal laws on Alberta soil.

Are those people all wrong, while only Danielle Smith is right?

The current unilateral federal move on stricter emission targets seems deliberately provocative at a moment when traditional energy is precious, literally. Many Albertans will be angrier than ever, and perhaps more receptive to Smith’s pitch.

As premier, she would be a handy foil for Trudeau to rile up his progressive base in a federal campaign. There’s little for the Liberals to lose in Alberta, and a great deal to gain elsewhere.

Her stand might have won some limited national sympathy during our deep recession. But don’t imagine any love for ignoring national laws now that the province is soaring again, cash-rich beyond the dreams of any other province.

Smith’s campaign also gives the impression that she is far outpacing other candidates in UCP membership sales.

Leela Aheer, for one, suspects it’s true. She called last week for moderates to buy memberships in droves, in order to head off a Smith victory that could be locked down by the time sales stop on Aug. 12.

But once again, is this Smith steamroller a fact, or cultivated myth?

It’s now possible to get a fix on sales because campaigns fully accepted by the party have been given the party membership lists. These lists show numbers of daily sales by all candidates.

Smith’s campaigners claimed last week, in a published article, that they had sold 7,000 memberships in a 10-day period.

But Brian Jean’s campaign says that’s simply false. The list they received, after Jean was accepted, shows that all aspiring candidates sold fewer than 6,000 memberships in the same 10-day period, according to Jean spokesperson Vitor Marciano.

“But we just had to speak out on this one,” says Marciano. “The sales they’re claiming just aren’t there. That’s untrue. There are steady sales of memberships by candidates, but no great burst of sales for her.”

Smith and Toews have been in a spat about who favors a sales tax. The fact is, they’ve both suggested it.

Toews has said in the past a tax might be considered later. On Sept. 4, 2020, Smith said in a Herald column that the province needs $5 billion in new taxes, and then added:

“Yes, a provincial sales tax. Let’s not kid ourselves about that.”

Now they’re faulting each other for something they both said. Ridiculous.

Smith’s striking Sovereignty Act promise has blurred far more important issues. She talks about them too, but she has made herself the Ignore Laws candidate.

Jean, by contrast, focuses on bread-and-butter concerns that aren’t so dramatic but may reach crisis level by vote count day, Oct. 6.

On Thursday he called for legislation to cap retailer margins for gasoline sales. Five provinces already do this, which helps explain why their gasoline prices are similar to or lower than ours, even though Alberta stopped collecting the gasoline tax of 13 cents per lite.

Smith’s campaign stands out, that’s for sure. But maybe it’s not as strong as it seems.