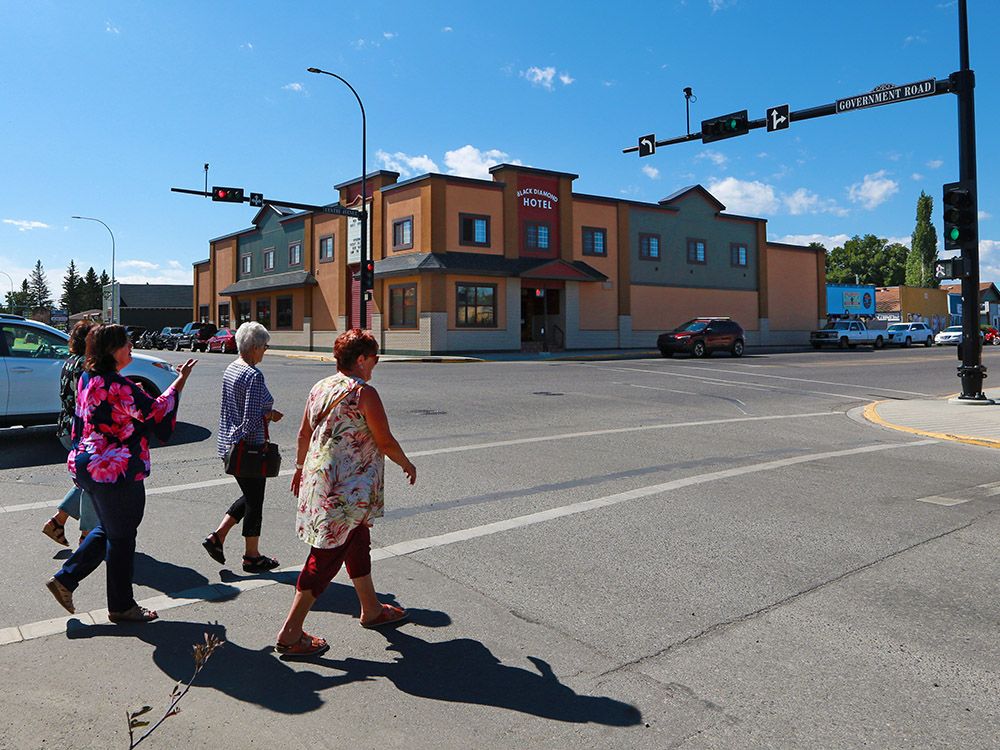 After years of courtship and rejection, the foothills towns of Turner Valley and Black Diamond will become one.

The province’s blessing in the form of an order in council sets the marriage in motion with the union of the immediate neighbours to become official Jan. 1, 2023 and the towns adopting the name Diamond Valley.

A joint submission to amalgamate being accepted by a provincial government is a Canadian first, say the communities’ officials.

“My council is excited about this, though we understand what’s ahead and it’s going to be a lot of work,” said Black Diamond Mayor Brendan Kelly, a teacher and businessman.

“This was one of the bigger reasons I ran for office, to help with the transition.”

It follows more than three decades of talk about such a merger and a 2007 plebiscite which saw Turner Valley denizens embrace amalgamation and Black Diamond residents rejecting it, which nixed the concept.

But since then, residents of the scenic towns 70 km southwest of Calgary have warmed to the idea of a merger, say locals, with the prospect of efficiencies and possible cost savings of $1 million a year as a major catalyst.

That led to both councils approving the merger without a plebiscite, leading to an application for provincial sanction submitted last September to the provincial affairs minister.

Downloading of responsibilities by the two higher orders of governments make such streamlining all the more crucial, as does an RCMP tab that, by amalgamating, would make the town eligible for provincial grants and save nearly $700,000, said Kelly.

A trigger for that is achieving a population of at least 5,000, with both towns at nearly identical numbers of around 2,700 people, said Kelly.

“We expect to deliver the same services and find some efficiencies and capture more diverse ways of launching programs,” he said.

“A big thing is in the long-term working to see savings without letting anyone go.”

But he noted there will be a halving of council members from seven to 14, with an election to determine who’ll represent the new town slated for November.

That political consolidation should annually save $280,000, say local lawmakers.