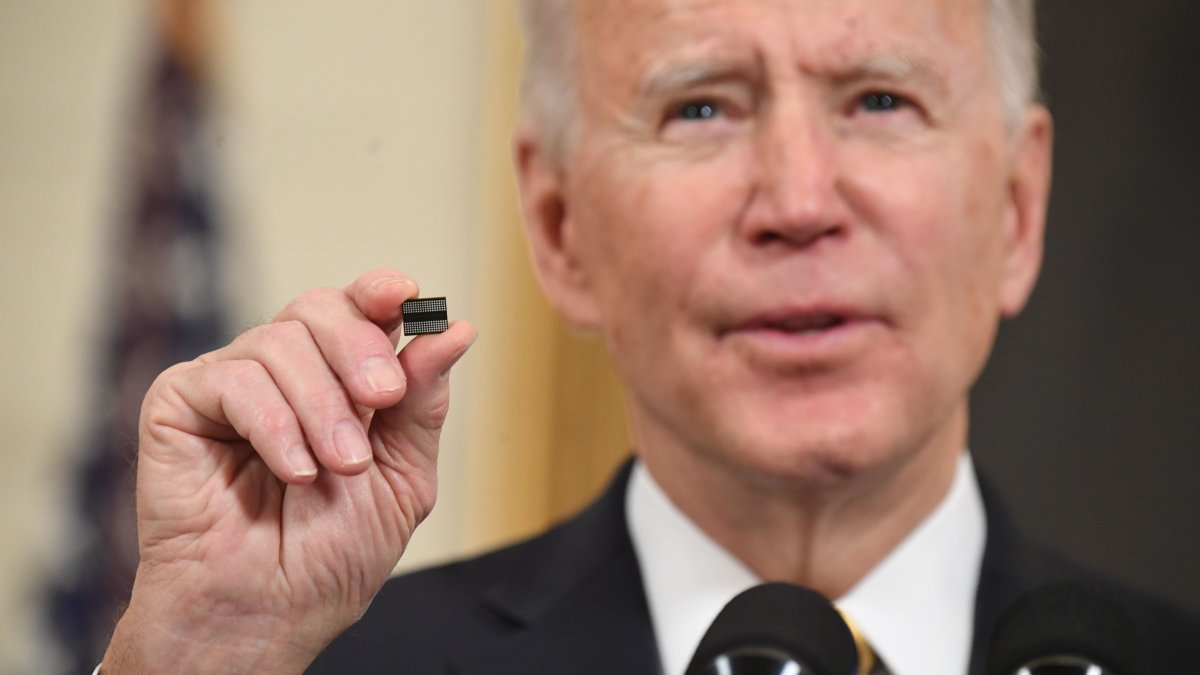 President Joe Biden will open his trip to Asia with a focus on the U.S. tech sector, touring a Samsung computer chip plant on Friday that will serve as a model for a $17 billion semiconductor factory that the Korean electronics company is building outside Austin, Texas.

The visit is also a nod to one of Biden’s key domestic priorities of increasing the supply of computer chips. A semiconductor shortage last year hurt the availability of autos, kitchen appliances and other goods. This supply crunch caused higher inflation that has crippled Biden’s public approval and caused his administration to focus on increasing domestic manufacturing.

Biden will grapple with a multitude of foreign policy issues during his six-day visit to South Korea and Japan, but he also crafted an itinerary clearly meant to tend to the concerns of his home audience as well.

Greeting Biden at the plant in South Korea will be the country’s new president, Yoon Suk Yeol, and Samsung Electronics Vice Chairman Lee Jae-yong. Yoon is a political newcomer who became president, his first elected office, slightly more than a week ago. He campaigned on taking a tougher stance against North Korea and strengthening the 70-year alliance with the U.S.

Part of the computer chip shortage is the result of strong demand as much of the world emerged from the coronavirus pandemic. But coronavirus outbreaks and other challenges also caused the closure of semiconductor plants. U.S. government officials have estimated that chip production will not be at the levels they would like until early 2023.

Auto manufacturers like Ford, GM and Fiat Chrysler had to cut vehicle production in 2021 because of a shortage of microchips, which are mostly made in Asia. Constraints on supply led to increased prices and they could go up even more. Some business groups are calling on Congress to fund a plan that would get more chips made in the United States. Jordan Crenshaw, from the U.S. Chamber of Commerce Technology Engagement Center, explains more.

Global computer chip sales totaled $151.7 billion during the first three months of this year, a 23% jump from the same period in 2021, according to the Semiconductor Industry Association.

More than 75% of global chip production comes from Asia. That’s a possible vulnerability the U.S. hopes to protect against through more domestic production and government investment in the sector through a bill being negotiated in Congress.

The risk of Chinese aggression against Taiwan could possibly cut off the flow of high-end computer chips that are needed in the U.S. for military gear as well as consumer goods. Similarly, the hermetic North Korea has been test-firing ballistic missiles amid a coronavirus outbreak, a possible risk to South Korea’s manufacturing sector should the brinksmanship escalate.

In terms of chip production, China leads the global pack with a 24% share, followed by Taiwan (21%), South Korea (19%) and Japan (13%). Only 10% of chips are made in the U.S., according to the Semiconductor Industry Association.

Samsung announced the Texas-based plant in November of last year. It hopes to begin operations in the second half of 2024. The South Korean electronics giant chose the site based on a number of factors, including government incentives and the “readiness and stability” of local infrastructure.

In addition to Samsung, Biden has also been highlighting in his recent speeches an announcement by the U.S. firm Intel to build a semiconductor plant near Columbus, Ohio.