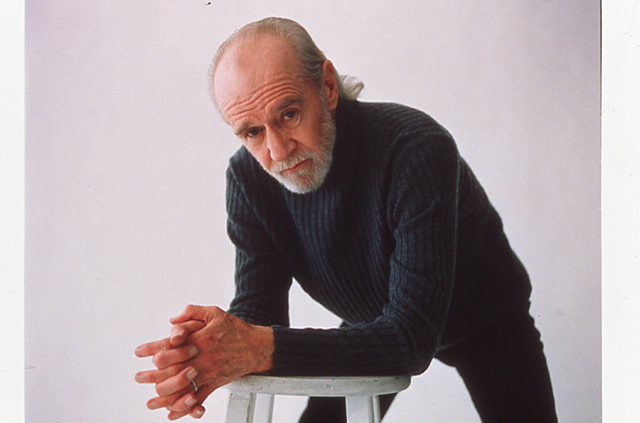 May tends to be a transitional month for television, and that was certainly the case in 2022. While the last of the prestige-branded, celeb-stuffed docudramas squeaked in just before the Emmy cutoff—The Staircase, for one, actually deserves a few nominations—this month also brought the year’s first round of lighter summer shows. From the escapist romance of Conversations With Friends to a comedy bill headlined by the return of The Kids in the Hall, here are May’s best new TV titles.

So much has been said about the young Irish author Sally Rooney that it’s hard to believe her debut novel, Conversations With Friends, appeared just five years ago. Now, inevitably, that book is a Hulu series, from the same team that adapted Rooney’s Normal People for the streaming service in 2020. Throughout 12 luxuriously paced half-hour episodes, co-produced with BBC Three, Conversations follows a pair of college girls in Dublin who develop a mutual infatuation with a glamorous, 30-something married couple. Simple in structure and staging but rich in psychological insight, the show took me back to a time—not so far in the past, but eons ago in discourse-years—before Rooney became a wedge issue, when she was just an intriguing new voice for the young, educated, and dreamy. [Read the full review.]

It might sound hyperbolic to call George Carlin the Beatles of stand-up comedy, but Stephen Colbert makes a strong case in the first half of this two-part documentary: “At a certain point in his career, there’s this huge shift. He’s doing the comedic version of ‘Love Me Do’ for the first part of his career—and then, suddenly, he puts out the comedic White Album… He has this almost spiritual transformation.” The catalyst was the same, too: the rise of the ’60s counterculture in general and experimentation with psychedelics in particular.

George Carlin’s American Dream traces his evolution from talented variety-show comedian to anti-Establishment innovator to multigenerational icon through archival interviews, generous excerpts from Carlin’s varied performances, and new conversations with A-list admirers including Jerry Seinfeld, Jon Stewart, Bette Midler, and Chris Rock. Directors Judd Apatow (working in a similar vein to his earlier HBO project The Zen Diaries of Garry Shandling) and Michael Bonfiglio (Jerry Before Seinfeld) don’t break new stylistic ground, but they do tell their subject’s story exceptionally well. Touching on everything from his obsession with language—one that put him at the center of controversies around obscenity for decades—to his significant shortcomings as a husband and father, this is a clear-eyed portrait that also delivers lots of laughs.

I Love That for You (Showtime)

Plenty of comedians mine their teen years for material, but it’s probably safe to assume that few had an adolescence quite like that of Vanessa Bayer. A childhood leukemia survivor, the SNL alum spent much of her convalescence watching QVC and indulging in the fantasy its hosts conjured of a life made perfect through the purchase of moderately priced consumer goods. In I Love That for You, a dark comedy she co-created with Jeremy Beiler, Bayer inhabits the alter ego of Joanna Gold—a woman with a similar history who has just realized her dream of becoming a home-shopping network host. But when Joanna’s new career is threatened, she saves herself by telling her employer and viewers the lie that her cancer has returned.

It’s an original and intriguing premise, even if Bayer’s performance feels a bit shallow; like so many of her SNL characters, Joanna comes off as unctuous, naive, selfish, and dementedly peppy. Fortunately, the show makes a pretty quick transition into a workplace sitcom set at a nontraditional office: the fictional network SVN’s studios. Jenifer Lewis, as the network’s glamorous, cutthroat chief executive, is the standout in a sharp ensemble. Also perfectly cast is Molly Shannon—who is, wonderfully, everywhere these days—as SVN’s longtime star host and Joanna’s childhood idol. And the competitive, sales-meets-showbiz work environment should offer more than enough material to fuel many seasons’ worth of character-driven comedy. [Read TIME’s interview with Vanessa Bayer.]

The Kids in the Hall (Amazon)

It’s been quite a month for comedy nerds, between the Carlin doc and the return of this beloved Canadian import. The sketch-comedy quintet of Dave Foley, Scott Thompson, Kevin McDonald, Bruce McCulloch, and Mark McKinney has reunited several times since its eponymous show—a cult hit on HBO and CBS in the U.S.—went off the air, but the eight episodes that dropped in May comprise the first season of The Kids in the Hall since 1995. (Is the revival strictly a new show? Not really. But Amazon classifies it as such, which is all the excuse I need to include it on this list.)

More than a quarter-century later, the Kids aren’t exactly kids anymore. Two generations of comedians have built on their high-concept absurdity, pushing their influence from the alt-comedy fringes into the mainstream. Yet their new material, from check-ins with fan-favorite recurring characters to a gloriously filthy riff on the contemporary scourge of accidental Zoom nudity, proves that nobody has ever done what they do better. What set the Kids apart from so many other sketch institutions (including the NBC staple created by this show’s executive producer, Lorne Michaels) are scenarios that just keep spiraling into funnier and weirder territory, instead of simply beating the same joke to death. When, for example, the spirit of Shakespeare awakens in a mass-produced bust of the bard, that’s just the setup to a series of hilarious, expertly timed punchlines. As an added bonus, the new episodes include appearances by celebrity fans like Catherine O’Hara, Pete Davidson, and Tracee Ellis Ross.

Don’t come to The Staircase expecting certainty. French filmmaker Jean-Xavier de Lestrade’s Peabody-winning documentary series, which originally aired in 2004, with updates added in 2013 and 2018, is a study in ambiguity. Across 13 episodes, it traces the long legal saga of Michael Peterson, an author charged with murder after his wife Kathleen died on the staircase of their Durham, N.C. home in December 2001 in what Peterson claimed was an accidental fall. Combining vérité-style footage with one-on-one interviews, Lestrade depicts an American justice system so labyrinthine, inept, and corrupt that it might be incapable of establishing anything beyond a reasonable doubt. Rather than inching closer to some definitive truth, he keeps circling around to the same impasse: Peterson couldn’t have done it, but he must have done it.

HBO Max’s The Staircase, an astute scripted miniseries from The Devil All the Time filmmaker Antonio Campos, is similarly wary of easy answers. At first, as Campos restages the immediate aftermath of Kathleen’s death, it looks as though we’re in for yet another redundant docudrama that fictionalizes events that will already be familiar to most viewers. There turns out to be a lot more than that happening in this Staircase, which not only revisits the Michael Peterson trial, but also encompasses the making of the documentary and explores aspects of the family’s story that never made it into that series. With additional context comes an even greater sense that no secondhand account of what happened on that staircase—whether generated by the prosecution, the defense, or Lestrade—will ever approach the objective truth. [Read the full review.]