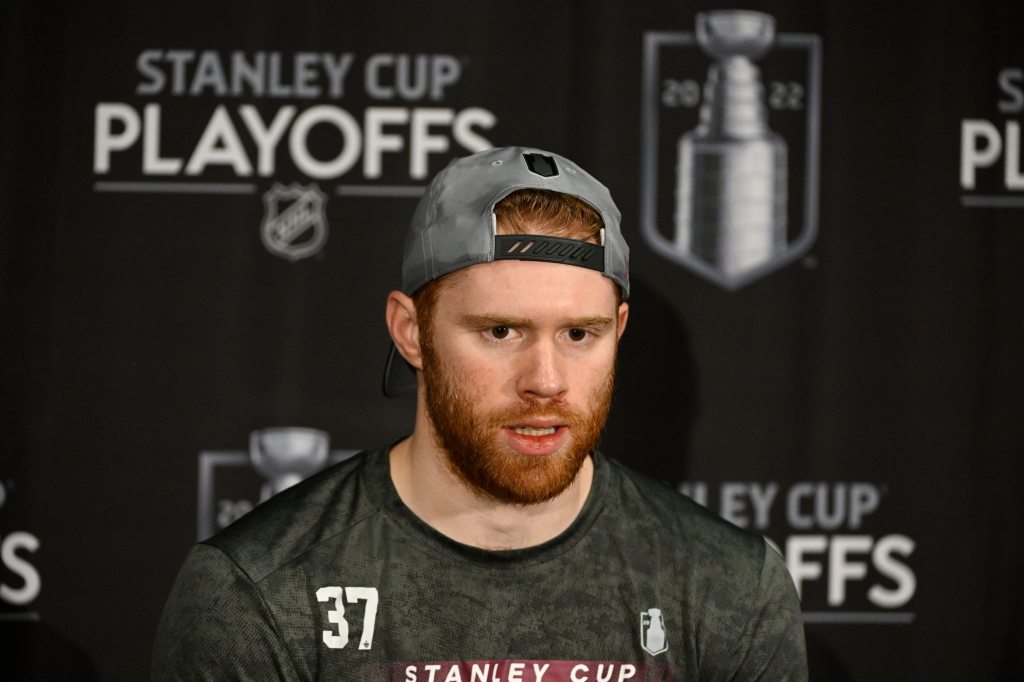 ST. LOUIS — That weeklong break for the Avalanche was only briefly beneficial.

After a terrific Game 1 and a poor Game 2 against the St. Louis Blues, Avalanche coach Jared Bednar is convinced his club will get back into the regular routine of playing and winning as it did in sweeping Nashville in the first round.

The sweep led to a weeklong break between games. It wasn’t ideal.

“You go (seven) days off, come back, you’re practicing, you’re trying to stay on the ice, trying to give them some heavy days, some lighter days, and then you go out and play Game 1 and you put a lot into that game, and clearly we didn’t have the energy that we needed in Game 2,” Bednar said Saturday ahead of Game 3 of the Western Conference semifinal series at Enterprise Center.

“It’s often the case — if you empty the tank in Game 1 after a long break, you don’t feel the same (in Game 2) … We definitely have to make some adjustments to our game for Game 3 but one of the things is, we got to go out and get more competitive just like we were in Game 1.”

The Avs also need more offensive production from their top guys. The top-five regular-season scorers have combined for just one goal in the series — Gabe Landeskog’s power-play tally in Game 2.

Nathan MacKinnon, Mikko Rantanen, Nazem Kadri and Cale Makar have failed to put a puck behind Blues goalie Jordan Binnington, and Makar doesn’t have a point in the series after leading all NHL playoff scorers in the first round.

But the Avs appeared fresh and focused at Saturday’s morning skate. Everyone participated except Landeskog, who has been skipping pregame skates since the playoffs began.

Center J.T. Compher said the Avs have fully flushed Game 2 and are excited to get back to their game and regain home-ice advantage by winning Game 3.

“I don’t know if we’re really blaming anything in our room right now besides ourselves,” Compher said. “We’ve turned the page and the focus is on tonight and we know if we play the way that we’re capable, we’re going to have a good chance to win the game.”

Bednar has been continually asked over the past two days to compare the playoff runs and the three previous second-round losses. The Avs lost in seven games to San Jose in 2019 and Dallas in 2020 before falling to the Golden Knights in six last year.

“It’s not the round — the round has nothing to do with. It’s your opponent,” Bednar said. “It’s a different opponent, different challenge every night.”

He said the Avs’ previous failures will help them the rest of the way against the Blues.

“We’re in a good headspace here this morning,” Bednar said. “I like where the guys are at – energized and excited to get back after it, looking to go out and redeem ourselves from Game 2.”