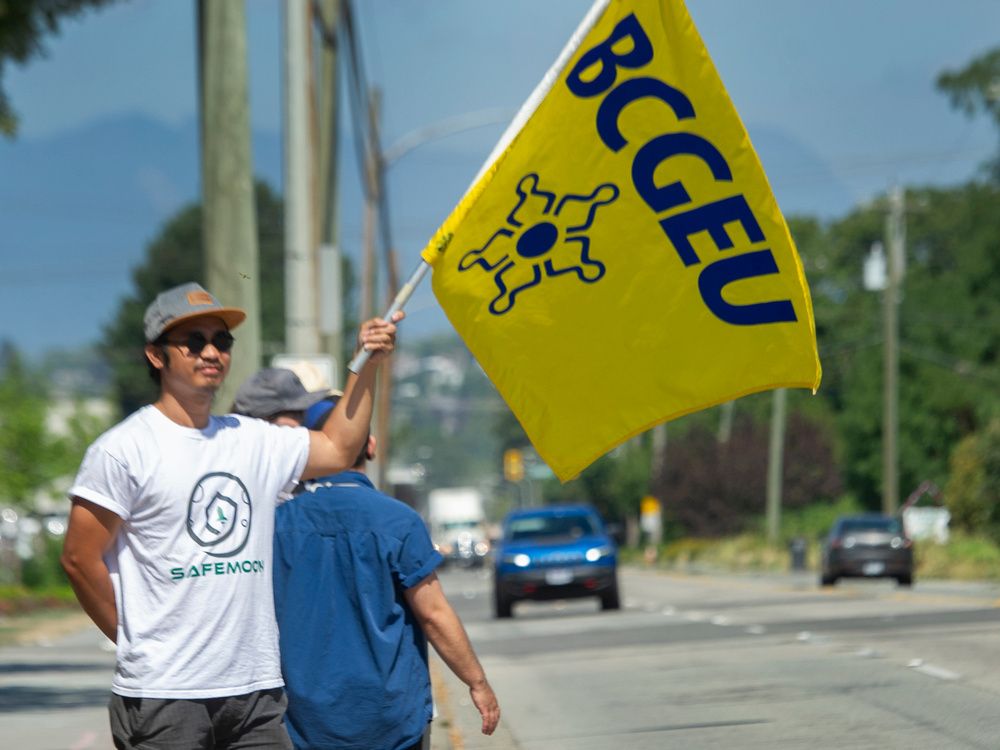 BCGEU president Stephanie Smith said the ban on overtime underscores the B.C. Public Service Agency’s pressure on employees to work long hours to make up for staffing shortages, a systemic issue the union is trying to solve through bargaining.

Smith said B.C. Corrections officers are often asked to do double shifts because of short staffing. And court clerks and administrative workers are frequently working beyond their eight-hour shifts. The overtime ban excludes members of the B.C. Wildfire Service.

“There was 16 years of digging holes in the public service under the previous government, hiring freezes, layoffs, vacancies going completely unfilled,” Smith said. “And while we have grown the public service it has not kept pace with either workload or the population in our province.”

Neither the government nor the union had figures on which public sector workers log the most overtime.

The BCGEU, which represents 33,000 provincial government workers, is in its second week of targeted strike with 950 liquor distribution and wholesale workers picketing. That means no liquor or cannabis products are being distributed to B.C. businesses which could cause supply issues for bars, restaurants and cannabis storefronts.

The Liquor Distribution Board on Friday announced “modest” limitations on how much liquor customers can buy at government-run retailers.

Smith hopes the escalated job action will put pressure on the government to come back to the negotiating table with a better offer.

“Our goal was not to escalate job action,” she said. “Our goal is to get a collective agreement that our members will vote for and that they deserve.”

In a statement, the Public Service Agency (PSA) said essential service levels will be maintained in key government areas to make sure services aren’t disrupted. The government said the ball is now in the union’s court.

“Recently, the parties participated in exploratory talks,” a government spokesperson said. “At the conclusion of those discussions, the BCGEU informed the PSA that it was not interested in resuming formal discussions at this time.”

The BCGEU’s bargaining team rejected the B.C. Public Service Agency’s most recent offer of a 10.99 per cent pay hike over three years plus a one per cent cost of living adjustment. Employees would also get a $2,500 signing bonus.

Jobs Minister Ravi Kahlon said last week that’s the most generous offer in at least 30 years. The government says the proposal is much more than what’s being offered to public sector employees in Alberta and Ontario.

Smith would not give specifics on what the union is asking for other than stressing that members should get cost of living adjustments that reflect drastically increased cost of living due to inflation.

One labour expert has said he suspects the BCGEU will be trying to match the deal given to Sea to Sky bus drivers in Squamish, Whistler and Pemberton, which secured a pay raise of 13.5 per cent over five years plus a signing bonus and a cost of living clause which gives workers a top up if inflation exceeds the workers’ raises.

Smith, who is also chair of the union’s public service bargaining committee, would not comment on that deal, saying each union must negotiate on their own terms.

The Professional Employees Association’s announced a 72-hour strike notice at noon on Wednesday but the union has not yet called a strike. The PEA represents 1,200 licensed professionals include agrologists, engineers, foresters, geoscientists, pharmacists, psychologists and veterinarians.

Jordana Whetter, a spokesperson for the union, said the association is legally required to give the employer 72 hours notice but can call a strike anytime after that period. The union has not said what kind of job action it could take.