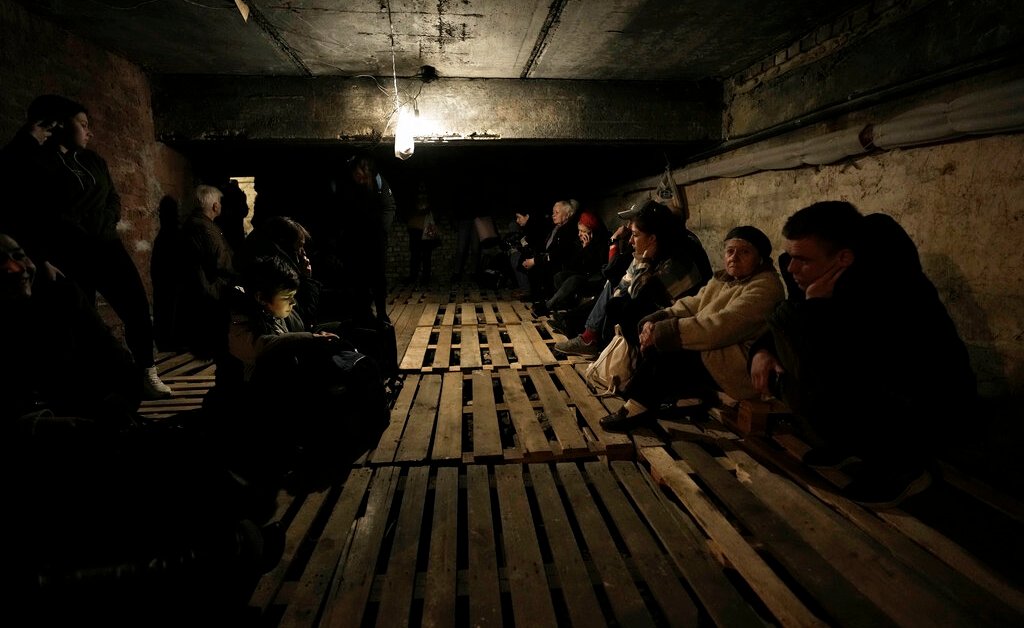 LVIV, Ukraine — Several rockets struck the western Ukrainian city of Lviv on Saturday while President Joe Biden was visiting the capital of Poland, whose border is just 45 miles away. The powerful explosions frightened a city that had been a haven for hundreds of thousands of people fleeing the Russian assault on other parts of Ukraine.

Thick black smoke rose from the first blast site on the city’s northeastern outskirts for hours before a second set of explosions were reported.

The regional governor, Maxym Kozytsky, said on Facebook that preliminary indications were five people were injured in the first attack but did not specify what the two rockets hit. Hours later, he reported three more explosions outside the city, again with no details.

Lviv Mayor Andriy Sadovyi called the second round a rocket attack, saying it did significant damage to an unspecified “infrastructure object.”

Lviv had been largely spared since Russia’s Feb. 24 invasion of Ukraine, although missiles struck an aircraft repair facility near the international airport a week ago.=-0p

The back-to-back attacks on Saturday brought a chill to residents and displaced Ukrainians who had seen Lviv as a relatively safe place to rebuild their lives. Home to about 700,000 people before the invasion, the city has absorbed many more.

In a dim, crowded bomb shelter under an apartment block a short walk away from the first blast site, Olana Ukrainets couldn’t believe she was having to hide again. She had fled to Lviv from Kharkiv, one of the most bombarded cities of Russia’s invasion.

“We were in one side of the street and saw it on the other side,” the 34-year-old IT worker said of the blast. “We saw fire. I said to my friend, ‘What’s this?’ Then we heard the sound of explosion and glass breaking. We tried to hide between buildings. I don’t know what the target was.”

She had felt relief after fleeing to Lviv, to the point where air raid sirens no longer caused fear.

“I was sure that all these alarms wouldn’t have any results. I want to say that sometimes when I heard them at night I just stayed in bed,” she said. “Today I changed my mind, and I should hide every time. … None of the Ukrainian cities are safe now.”

There was no immediate word of total casualties in Saturday’s attacks, but survivors were worried. A few witnesses said they had been shopping nearby, though the area is a partly industrial one.

“We saw many ambulances coming,” said Inga Kapitula, a 24-year-old IT worker who said she was 100 or 200 meters (yards) away from the first attack and felt the blast wave. “It was really close.”

Follow all AP stories on Russia’s war on Ukraine at https://apnews.com/hub/russia-ukraine.