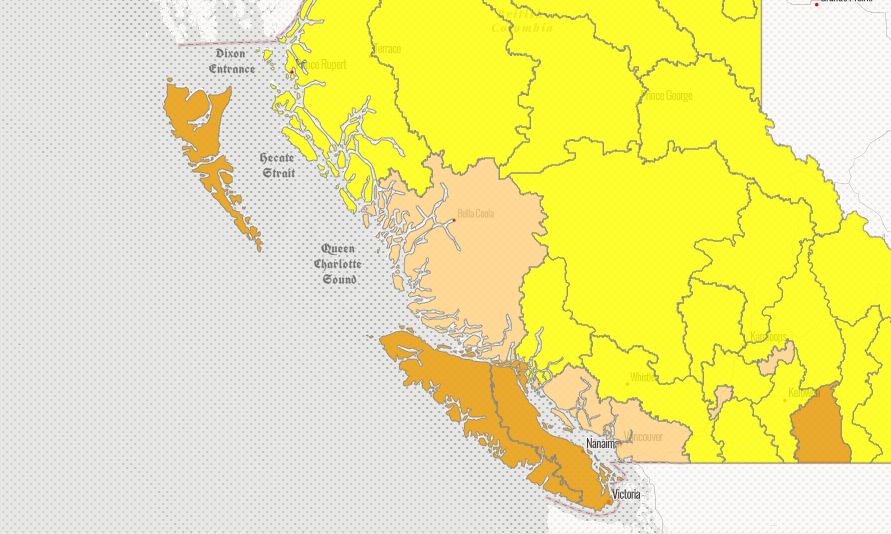 Hot and dry conditions on B.C.’s west coast have led the government to increase the drought level in the region.

B.C. ranks drought levels from 0 to 5, with level 5 being the most severe with “adverse effects to socioeconomic or ecosystem values being almost certain.”

“People in affected areas are asked to reduce their water use wherever possible and observe all watering restrictions from local and regional governments, water utility providers or irrigation districts,” said a provincial statement.

“In areas where voluntary water reduction has already been implemented, it has helped to slow down the intensification of drought conditions and the need for regulatory action.”

Hot weather and lack of rain have raised the water temperatures in numerous Vancouver Island and Haida Gwaii streams.

“There have been reports of fish mortalities and strandings within the past month following heat warnings. Angling closures due to high temperatures are in place for most eastern Vancouver Island streams and will remain in place until Wednesday, Aug. 31,” said the statement.

If conservation measures do not work, they say regulatory action may be taken, including temporary water protection orders.

The province adds that conservation officers are monitoring the situation and trying to balance water use with environmental needs.

Any fish strandings or mortalities can be reported to the Report All Poachers and Polluters (RAPP) hotline: 1 877 952-7277.