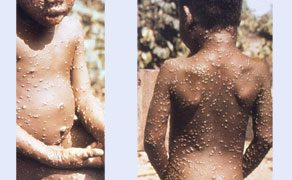 B.C. has confirmed there are no known cases of monkeypox in the province after an investigation.

Dr. Theresa Tam had said Friday morning public health was waiting on an update from the province to confirm the cases.

“I would say just under a couple of dozen people [are under] investigation by local authorities, mainly in Quebec, but a couple of contacts [are] being followed up in British Columbia as well,” Tam said.

The B.C. Centre for Disease Control later confirmed there are no suspected cases or contacts with the viral disease.

“Public health interviewed two individuals but upon investigation it was determined that they were not considered contacts of cases as they had not been exposed,” a statement reads.

Two cases of monkeypox have been confirmed in Quebec, Canada’s public health agency has confirmed. Other cases are under investigation but have not been confirmed.

“This is unusual. It’s unusual for the world to see this many cases reported in different countries outside of Africa,” Tam said.

“We do not have to panic at the time we are speaking,” said Dr. Drouin. “It’s not something you can acquire when you’re at the grocery store or on public transportation.”

She says it cannot spread through the community that way, and it is not a sexually transmitted disease.

All the cases under investigation are doing well health-wise.

Public health diffused an alert to all Montreal-area physicians to declare all suspected cases so public health can understand more about the transmission rate.

All cases are isolating. Anyone who lives with the suspected cases or whose sexual partner is infected is being asked to monitor their symptoms for 21 days and see a doctor if more develops.

Monkeypox is a viral disease usually spread by touching or bitten by infected wild animals like rats or squirrels in western and central Africa. The disease is relatively rare in Europe and North America.

“Right now, I can’t tell you the exact impact. But I think anyone who have developed some signs and symptoms, including these blisters or ulcerative rashes, and are concerned, should seek advice from their health care provider,” Tam suggested. “I think at the beginning of any outbreak, we should cast the net wide to try and understand the transmission routes. We don’t understand it enough. There’s probably been some hidden chains of transmission that could have occurred for quite a number of weeks, given the sort of global situation that we’re seeing right now.”

With files from The Canadian Press