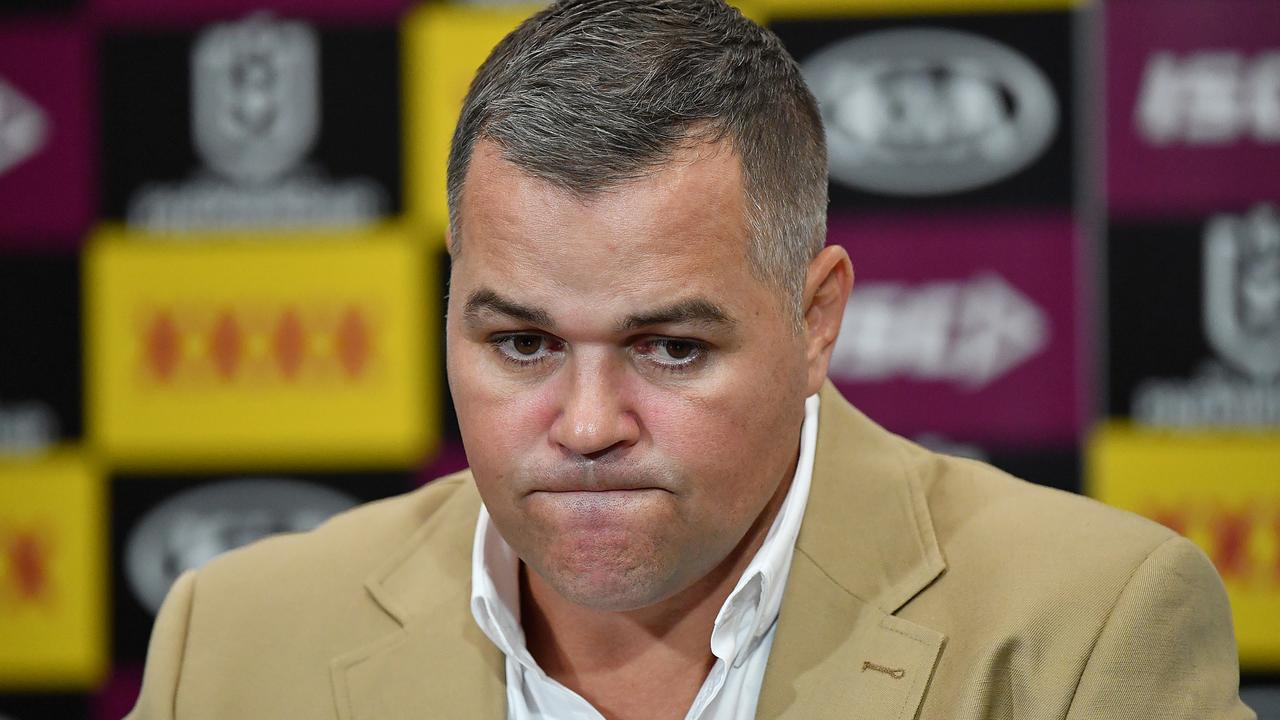 Anthony Seibold has opened up on the absolute horror show that was his time in Brisbane, revealing a major mistake he shouldn’t have made.

Anthony Seibold says he regrets leaving South Sydney to join Brisbane as he reflected on his disastrous tenure with the Broncos.

In 2018 Seibold was named NRL Coach of the Year at the end of his first season in charge of the Rabbitohs as he guided the Sydney club to a top-four finish and preliminary final appearance.

Stream every game of every round of the 2022 NRL Telstra Premiership Season Live & Ad-Break Free In Play on Kayo. New to Kayo? Try 14-Days Free Now >

He then took over from Wayne Bennett at the Broncos in 2019 after a messy split that saw the supercoach leave the Queensland powerhouse on sour terms and things never got back on track.

Brisbane scraped into the top eight before being belted 58-0 by the Eels and in 2020 the Broncos fell in a heap and claimed their first ever wooden spoon. Despite signing a lucrative five-year deal, with an option for a sixth year, Seibold was shown the door after less than two seasons.

Speaking about his time at Red Hill, Seibold admitted he never should have bailed on the Bunnies after a solitary season for “business” reasons.

“I was challenged and struggled because I was embarrassed by failing up there,” Seibold told foxsports.com.au.

“There’s so many things that went down that I look back on and reflect on.

“There’s a lot of reasons for that, but I’ve got to hold my hand up because, ultimately, I’m the main reason it went pear shaped.

After leaving the Broncos, Seibold accepted a position on the Newcastle Knights staff alongside head coach Adam O’Brien but reports surfaced last year suggesting his role at the club was under scrutiny.

Seibold is now part of the England rugby set-up after being brought into the fold by coach Eddie Jones and the dark days in Brisbane are behind him — but he won’t rule out a return to the NRL.

“Ultimately, I had a six-year deal with the Broncos and I finished up halfway through the second year,” Seibold told foxsports.com.au.

“But you learn more from your failures than you do in the good times, so for someone like Eddie to continually keep in touch and value myself as a coach, because I feel like I’m a good coach and I’ve showed that over a long period of time, I had a really challenging and unforgiving time at the Broncos, but you learn plenty.

“I feel very blessed that Eddie values me as a coach and I’m working in a set-up that is second to none.”