Anthony Albanese has promised to create a federal anti-corruption commission before the end of the year if he wins next month’s election.

Speaking on 4CA in Cairns this morning, Mr Albanese said if Labor takes government, the commission would be legislated in 2022.

“Australians look at a government that paid $30 million for a block of land that was worth $3 million and wonder how that could possibly have occurred.

“They look at all of the rorts that have been there in grant funding, commuter car parks where there are no train stations, for goodness sake.”

Mr Albanese was scathing of Scott Morrison’s failure to create an anti-corruption commission after promising to do so in 2018.

Mr Morrison said the commission failed to eventuate because Labor did not support it.

“Why would you vote for him if he says that he needs Labor to pass any legislation?” Mr Albanese said.

“He hasn’t even introduced the legislation to Parliament.”

Mr Morrison said he would seek to implement his government’s own legislation, which he noted was over 300 pages long.

“Labor’s plan for an integrity commission is a two-page fluff sheet,” he said.

“We developed detailed legislation – the Labor Party didn’t agree with it.”

He expressed his disdain for the set-up of NSW’s ICAC. 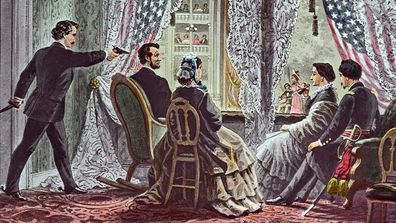 “(Gladys Berejiklian) got run off the rails by a campaign against her, focusing on who her boyfriend was,” Mr Morrison said.

“I think what we need is a proper integrity commission that is driven by the processes of the rule of law.”

Mr Albanese is campaigning in Cairns this morning, while Mr Morrison is on the hustings in Melbourne.