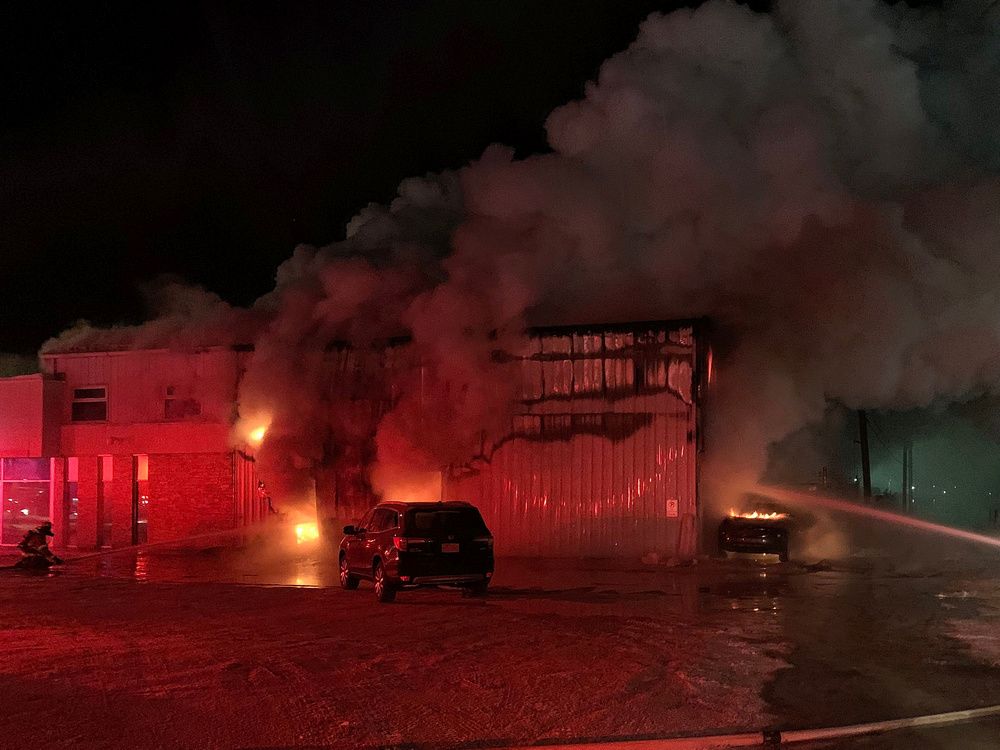 The trial of an alleged Alberta arsonist has been delayed after the accused ripped out his own toenails.

Thomas James Berube’s trial for his role in five suspicious fires in the Edson area resumed Wednesday, but was immediately sidetracked when a sheriff announced the 39-year-old had been self-harming in his holding cell.

Court heard Berube had ripped off five toenails on one foot and had started work removing his fingernails.

Judge Thomas Achtymichuk, who previously suggested Berube was engaged in “ploys” to delay the trial, said the fact Berube was engaging in self-harm changed things. He said Berube will need to undergo an assessment of his fitness to stand trial before the proceedings can continue.

“I’m not satisfied he has the capacity, at this point at least, to understand what’s going on,” Achtymichuk said, as Berube rocked back and forth silently in the prisoner’s box. “This is a different order of magnitude from what we’ve seen so far.”

Achtymichuk ordered Berube be assessed by doctors at Alberta Hospital Edmonton. The trial, which was supposed to conclude Sept. 9, will resume Sept. 1 to determine next steps.

Berube and a teenage co-accused were arrested Feb. 27, 2020, after a string of fires in the Edson area that caused more than $10 million in damage. The impacted businesses include two Edson car dealerships, a gas station and a Whitecourt pet store, which Berube or the teenager allegedly set on fire after breaking in and stealing items including tires, generators and a chihuahua puppy.

Berube faces a total of 14 charges, including arson, break and enter and animal cruelty.

Monday saw the start of the second attempt to try Berube in the charges. He has had a total of five lawyers, one of whom was discharged ahead of a previously scheduled four-week trial.

Berube’s second trial was supposed to start Aug. 15 but was delayed to allow Berube time to speak with his latest lawyer. The Crown finally began calling evidence a week later, but was sidetracked when defence lawyer Robert Gladu informed court that Berube wished to fire him.

Achtymichuk urged Berube to reconsider, telling him he would have to represent himself if he fires another lawyer. Berube responded by claiming he wasn’t in fact firing Gladu, and that he had had conversations about the court process with ants on the wall of his cell. At times, he refused to respond to the judge, staring off into the middle distance.

Achtymichuk told court he believed Berube’s actions were  “simply ploys to delay the trial, for whatever reason.”

“Mr. Berube, I don’t believe you were talking to ants on the wall,” Achtymichuk told him, saying he had previously been clear and lucid, with no apparent trouble understanding the court process.

Wednesday was supposed to begin with discussions about appointing an amicus lawyer to assist court as Berube runs his own case. However, news of Berube’s toenails delayed matters again. Achtymichuk said there are risks Berube might develop an infection, and that pushing ahead with the trial might cause him to refuse treatment.

“I think there are reasonable grounds to believe an assessment order is necessary to determine if he is fit to stand trial,” Achtymichuk said, adding an accused’s fitness to stand trial can vary from one day to the next.

The teen, who was still under examination by the Crown at the time Berube fired Gladu, is currently serving a nine-month youth sentence for his role in the fires.