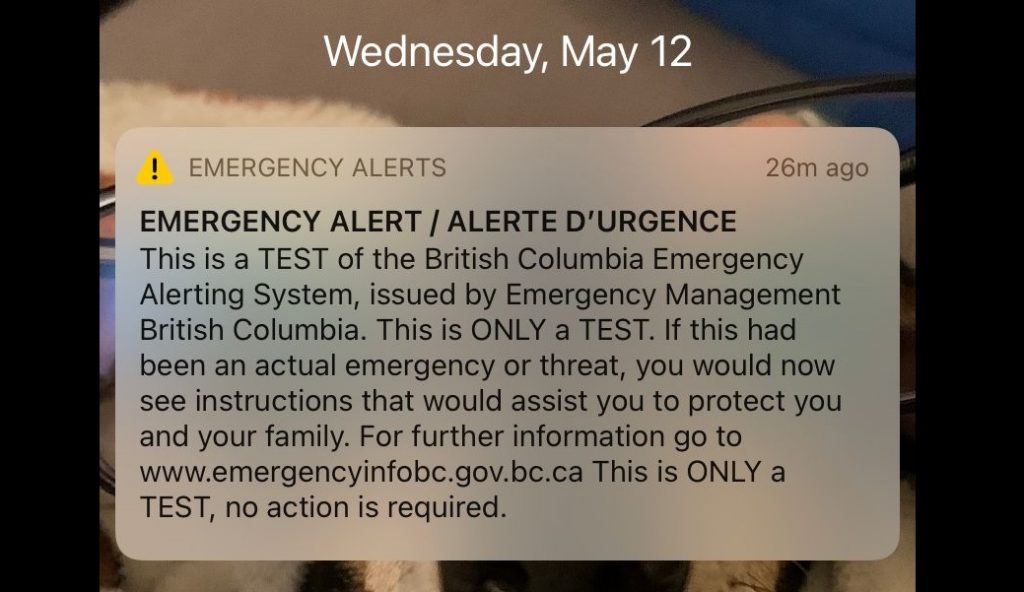 Cellphone users in several provinces and all the territories may be surprised by an automated emergency alert today, but participating governments say it’s only a test.

The exercise is part of a scheduled trial of Alert Ready, a system used across the country to broadcast warnings on radio and television stations, as well as compatible wireless devices.

To receive alerts, mobile phones must be turned on, be connected to a cellular network and have updated software.

The test involves an emergency tone and a message indicating no action from the public is required.

Ontario, Quebec, Manitoba and Nova Scotia are not participating in the test.

In 2022, it has been used 12 times, the majority of them were to notify the public of a missing child. In one instance, residents in a Quebec community were notified of a dangerous animal.

Tests are conducted twice a year, during Emergency Preparedness Week in May and the third week of November.

“Conducting regular tests allows us to better educate Canadians about the Alert Ready system and it provides an opportunity to validate that the system is working end to end” says Martin Bélanger, Director of Public Alerting at Pelmorex Corp., operator of the technical infrastructure of Alert Ready.

Here is a list of local times the alert will be sent out:

For people who are deaf, hard of hearing, blind, or partially sighted: Alternate formats of the alerts may be issued, however, not every alerting authority or device has the capability to produce or receive these formats, according to the Alert Ready website. Emergency alerts may be read to the recipient if your device supports this feature, and those who need more information are asked to contact their wireless provider for more services which may be available to you.