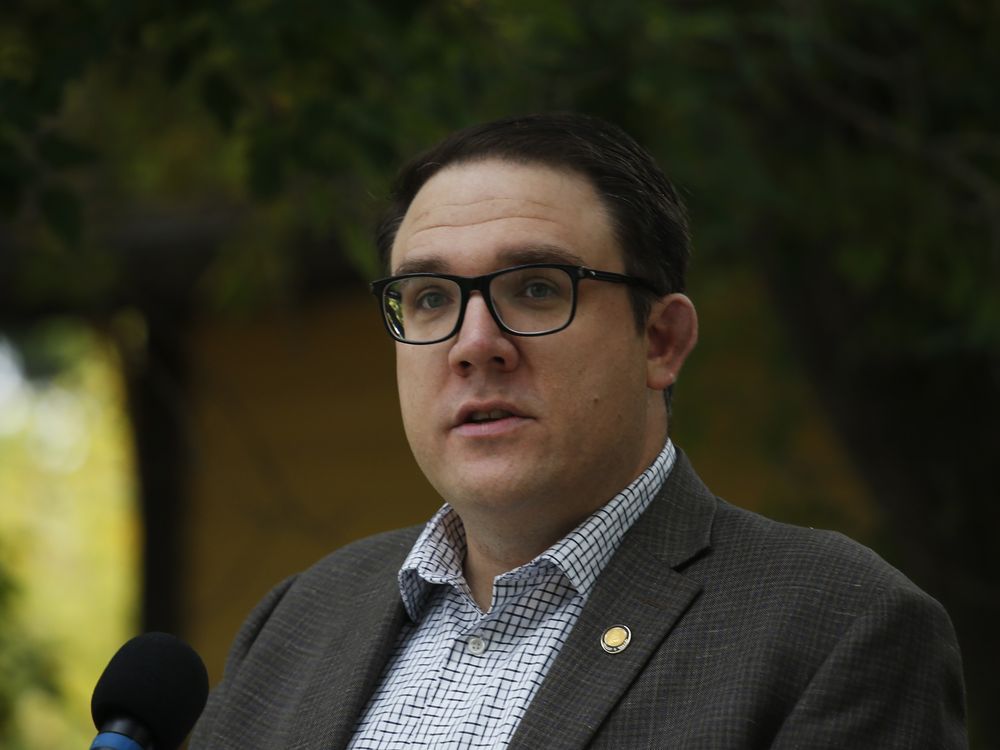 Jason Nixon, who is also the finance minister, says Smith’s description of her Alberta sovereignty act would make it fundamentally illegal and unenforceable, bad for business and politically catastrophic given it vastly overpromises what it can’t deliver.

“I would be surprised if a bill as described would pass inside the legislature,” Nixon told reporters Wednesday when asked to speculate on whether the sovereignty act would find broad support in the United Conservative caucus in order to pass in the legislature.

“It would be calling for the breaking of the law, which is just not something the legislature would do.”

Nixon said Premier Jason Kenney’s government has fought — and will continue to fight — for a better deal with the federal government through such measures as building consensus and using court challenges.

But he added, “To present to Albertans in any way that there is some magical solution that the legislature could pass tomorrow that would somehow make all these problems go away is not factual.”

He suggested the sovereignty bill would not only lead to uncertainty for business investment, but also foster bad blood with party members and voters by promising something that can’t be fulfilled.

“The No. 1 way to make Albertans mad at us would be to promise that you can do things with certain legislation that you cannot do and then not deliver. That will make them very, very, very upset,” Nixon said.

“So I would caution anybody who wants to lead our party to make sure they have all their ducks in a row before they start promising solutions when it comes to federal-provincial relations.”

Smith, a former Wildrose party leader, radio talk show host and businesswoman, is considered one of the front-runners in the race to replace Kenney as party leader and premier.

The new leader is to be picked by party rank and file on Oct. 6, with the next general election slated for May of next year.

Wednesday was the deadline for prospective leadership contestants to file applications along with 1,000 signatures from supporters and at least some of the $175,000 entry fee, which includes a refundable good-conduct payment.

The final two candidates — former investment banker Jon Horsman and former legislature member Raj Sherman — had been struggling to get the required 1,000 signatures.

Horsman announced Wednesday afternoon he was dropping out.

Nixon said he believes there are many good candidates in the race, but believes Toews is the best candidate to take over from Kenney and defeat the Opposition NDP in the next election.

Smith, responding in a statement, said “Minister Nixon is incorrect.” She added that the sovereignty act would only be invoked on a case-by-case basis and only after gaining support of members in the house in a free vote each time.

She said when it comes to votes on whether to oppose further federal restrictions on COVID-19, “my guess is such a vote would pass with a healthy margin.”

Smith announced last month that if she wins the leadership, she would immediately introduce a bill granting her government the discretion to refuse to enforce federal laws or court decisions it deems an intrusion on provincial rights or a threat to Alberta interests.

She said she would also set in motion plans to create an Alberta police force to replace the RCMP and lay the groundwork for a separate agency to collect taxes — both of which would be necessary to give teeth to the sovereignty legislation.

Smith has said it’s critical Alberta draw a line in the sand immediately when it comes to federal intrusions in areas such as energy development and COVID-19 measures.

The proposed act has been excoriated by multiple legal scholars as a profound violation of Canada’s constitutional order, the separation of powers and to the rule of law that underpins a healthy democracy.

Toews has the support of more than 25 members of the governing caucus in the 87-seat legislature while Smith has two.