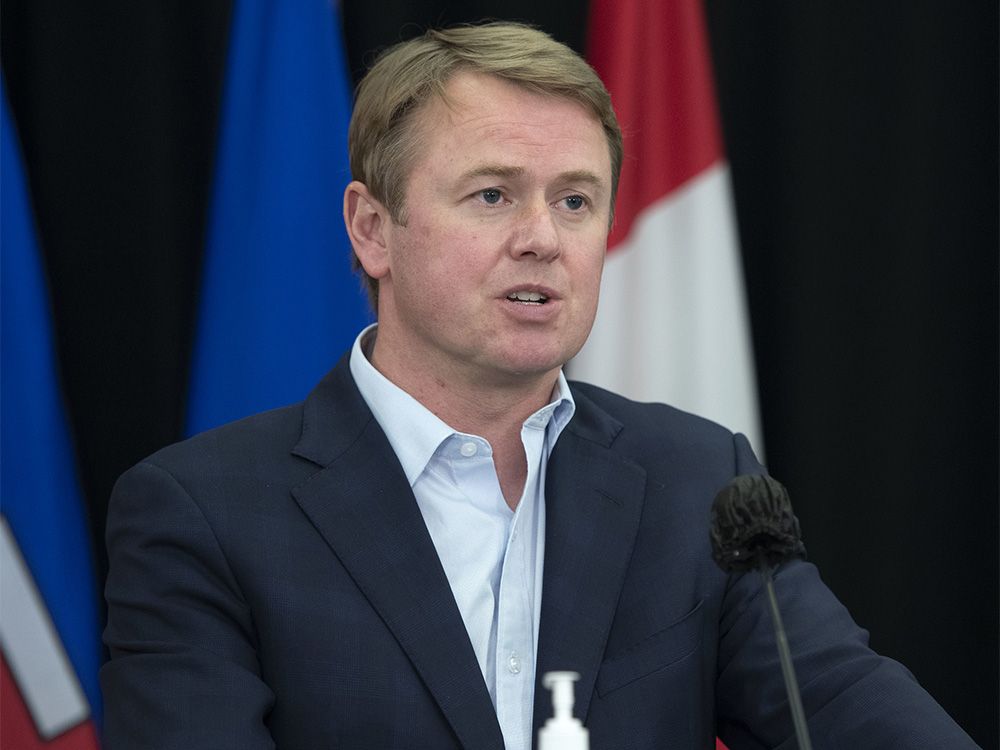 Victims of crime in Alberta will soon have a number of new supports they can access, as the province has announced various funding programs for them and a change to how funds are managed.

Justice Minister Tyler Shandro said Tuesday a victim assistance program will first be introduced in a limited manner on Sept. 1 before it expands over the next year. Once it is fully rolled out, the program will provide victims with immediate access to emergency financial assistance and counselling. They will also be able to transition to longer-term counselling and apply for funeral expenses, medical health benefits and court attendance expenses, as well as injury benefits.

The deadline to apply for services will also be extended from 45 days to two years.

“We know the previous financial benefits program was not quick enough and it simply did not provide enough immediate support to those who are coping with trauma and that was not acceptable,” said Shandro. “We’re establishing an enhanced suite of services and support for victims of crime. This will address gaps in the current system and ensure that victims have immediate access to the help that they need.”

The new range of support comes after the province passed the Victims of Crime (Strengthening Public Safety) Amendment Act in 2020. Following the tabling of the bill, MLAs Angela Pitt and Nathan Neudorf led a working group to consult with advocates in the sector.

Shandro said his government has accepted every recommendation that came out of that working group.

Victims will have access to up to $5,000 for safety and security expenses coming out of their own pocket and up to $600 for emergency accommodations, with human trafficking victims eligible for up to $1,000 for accommodations and $5,000 for relocation expenses. Those looking to flee from domestic violence situations can receive up to $1,000. Victims can also apply for a lump sum of up to $100,000 for serious injury supports plus additional payments.

Funds for counselling and funeral costs are also available and victims of sexual assault will have a “third option” to store evidence for up to a year.

The program is funded through Alberta’s Victims of Crime Fund, where money is pooled from ticket and court surcharges that the province collects. Previously, the government had said some of that money would be used to finance programs that would deter crime from occurring in the first place. On Tuesday, the government announced they had changed course and that the fund would continue to only go towards victims of crime.

The government had previously been criticized for their plans to use the funds for other parts of the justice system.

“We do recognize that it’s critical to make sure that there are funds dedicated solely to the needs of victims of crime,” said Shandro.

The government also announced Tuesday that victim services programs would transition to a four-zone model. Funding will be shifted from being distributed to 62 governance boards to four — eastern, western, northern and southern.

Shandro said employees working in the sector will have a chance to apply for a new job under the new organizational structure.

Melody Littell, regional program manager with Northeast Corridor Victim Services, said they have been working under a pilot project that saw services provided regionally. She said that approach has allowed staff to cater to specific needs in the area.

“This model has given us the ability to change as needed, during the expansion of our region and to the discovery of new challenges,” said Littell.

NDP Justice Critic Irfan Sabir said in a response that the UCP had delayed victims from being supported.

“After dismantling this program and sitting on this report for over a year, the UCP ended up reversing their initial decision causing years of harm to victims,” said Sabir. “These recommendations fail to restore funding and support for victims of crime who have been waiting for the UCP to set up a new support program for the last two years.”