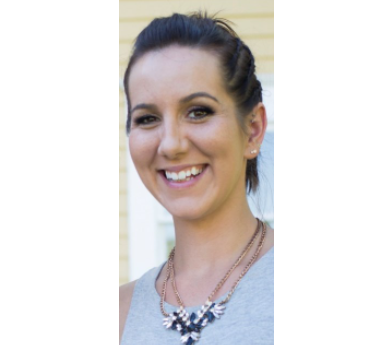 Lisa Weih is among the thousands of British Columbians marking a sombre anniversary Thursday, by remembering the lives lost to toxic drugs, and calling for change.

“She was bright, successful. She was an honour student in school and in college. She was athletic. She had lots of friends and loving family. She had hopes and dreams for her career and her family. She had a partner and then she had these demons that she could not break free of,” Weih said of her daughter Renee Bedard, who died in 2020 at 29 years of age from fentanyl poisoning.

Weih says six years ago, she never thought she would be among dozens of people gathered to march in Vancouver’s Downtown Eastside on the sixth anniversary of the public health emergency.

“I was like the majority of the other people. I knew we were ignoring this problem because we were hoping against hope that our daughter would not die. We didn’t want to chronicle down that scary road that she might die. We were really preoccupied with trying to save her life. We were not advocating for change, you know at the federal and provincial level,” she said.

“Every day is difficult. This is no different. What’s different about today is we have a forum and an opportunity to get out there and tell this story and try to help people [understand] the nature of this,” Weih described.

Through tears, Weih said it seems the lives of those who use drugs are commonly seen as unimportant, and they are too often forgotten about.

Six years later, the deaths are in the thousands

On April 14, 2016, B.C. became the first province in Canada to declare a public health emergency over the increase in overdose deaths from illicit drugs. Since then,  more than 9,400 people have died, and experts say the toxicity of drugs has only gotten worse.

In the first year of the emergency, formally known as the “Fentanyl Crisis,” 900 British Columbians died from illicit drugs. 2016 toxicology reports found illegal fentanyl was detected in 60 per cent of them, which was a massive increase in the previous years reporting connected to the opioid, which is 100 times stronger than morphine.

November 2016 was the first month ever in which deaths surpassed 100.

It’s now been nearly a year and a half since B.C. reported fewer than 150 deaths per month connected to toxic drugs, which have only gotten increasingly inconsistent and volatile. Extreme fentanyl concentrations have jumped in the last year alone, found in 21 per cent of deaths, compared to 13 per cent in 2021.

B.C.’s mental health and addictions minister says the province is doing everything in its power to address this crisis.

“If this public health emergency could have been ended, if we could be saving lives with the tools that we have as a province, it would be over by now,” Sheila Malcolmson told CityNews on Thursday.

Calling the anniversary “another terrible marker on a very long road,” Malcolmson says the province has never had so many people working to save lives from toxic drugs. Still, she admits it’s not enough, pointing to B.C.’s push to decriminalize possession of small amounts of opioids (including heroin and fentanyl), powder cocaine, crack cocaine, and methamphetamine.

“[It’s] a way to combat that stigma and that real barrier that keeps people from reaching out for help. And particularly, that stigma makes people use drugs alone, which is so ruinously dangerous at this time.”

She says “there’s no single magic bullet” to fixing this.

“I wish there was. Although we’ve opened hundreds more treatment beds — and we’re opening hundreds more — for someone to be offered a bed in treatment, it isn’t necessarily the right time for them … We need to continue to offer supports to people,” she said.

There have been calls for more accountability in this public health emergency, including some demanding the premier remove Malcolmson as the minister in charge. Malcolmson defends her ministry’s efforts, arguing the B.C. government is trying things unique from other jurisdictions in Canada.

“We’ve given nurses the ability to prescribe medication-assisted treatment. We’re prescribing safe supply, nobody else is. We’ve pursued decriminalization, nobody else is. That’s all under my watch. If my resignation saved a life, absolutely. But I hold British Columbia’s effort up against any other province.”

She reiterated that she’s open to new ideas.

“Everything on the menu that is being suggested, we’re expanding it every day. And we will continue to until the public health emergency has ended,” Malcolmson pledged.

Carfentanil, which is 100 times more toxic than fentanyl, has become increasingly common, detected in connection with 26 deaths in 2022 so far, and 188 in 2021.

The elephant tranquilizer was first detected on Vancouver’s Downtown Eastside in September 2016. A few months later, it led to the death of a 39-year-old man in his East Vancouver apartment. It was the first carfentanil death in the province’s history and efforts ramped up to distribute naloxone kits following the tragedy.

Naloxone kits are now available for free in B.C. pharmacies, however, the effectiveness of reviving someone from an overdose has been made more challenging due to the increasing presence of benzodiazepines.

In 2016, the leading cause of death in the province was cancer, followed by heart disease. Overdose deaths were eighth on the list. It is now second.

“Since 2016, the rate of death caused by the toxic drug supply has more than doubled, and in the northern part of our province, the rate has more than tripled. All of those lost were people who contributed to our province in ways big and small, and who were loved by family and friends,” BC Coroner Service Chief Coroner Lisa Lapointe said in a statement Thursday.

In addition to Vancouver’s Downtown Eastside, more rallies taking place in several other B.C. cities on the day of action and remembrance. Many of the people attending the rally include safe supply and decriminalization among their urgent messages for governments to address.

Moms Stop the Harm, along with the Canadian Drug Police Coalition, AVIE Health and Community Service, and SOLID Outreach Society is organizing “Cut the Red Tape” demonstrations in Vancouver, Victoria, Mission, Maple Ridge, Kelowna, and Rossland. Those participating are urged to bring photos of their loved ones, and wear red. There will also be free naloxone training offered to those in attendance.

Vancouver Area Network Drug Users (VANDU) member Jon Braithwaite says the group, along with the Drug Users Liberation Front will be passing out free illegal drugs, as well as organizing the march in the Downtown Eastside.

“We will be giving away 17 grams of tested clean methamphetamine, heroine, and cocaine. We did this five times last year and we are going to keep doing it until someone pays attention,” Braithwaite told CityNews in an interview Tuesday.

Former B.C. Provincial Health Officer Dr. Perry Kendall believes there needs to be a “serious discussion” around the most effective ways of changing drug laws and how to bring in a safer supply.

“This doesn’t mean to say that I’m not advocating for treatment and social supports and economic supports. Absolutely. We need those. But obviously, building an effective accessible treatment system with evidence-based interventions is going to take a long time to do. In the interim, I think we should be trying to save lives and pulling up all the stops to do that.”

Kendall, who served as B.C.’s top doctor before Dr. Bonnie Henry took over the role in 2018, says doctors want to see more people get out of addition into recovery but “they’re very reluctant to become gatekeepers to what they may see as recreational or non-therapeutic use.

“I would argue that ethically stopping people from dying by giving them a pharmaceutical compound is public health and is therapeutic … it’s putting death off,” he said, arguing politicians should work at making drugs like diacetylmorphine and heroin more available to prevent death.

“They worry about this effect on the voting public, I think.”

Advocates’ efforts to take the stigma out of the conversation around substance use are ongoing, including a pledge which urges language which promotes recovery. addictionmatters.ca/takethepledge

In the B.C. Interior, the region’s health authority is urging people to display black balloons at their homes and businesses to remember the lives lost to illicit drugs.

Interior Health is also calling for people to sign a pledge to end stigmatizing language around substance use. The pledge includes not using labels like “addict” “abuser” “junkie” or “crack head” and instead “think of the person as a person, and not define them by their illness.”

Substance use teams and community partners with Interior Health will joining marches in several communities, including Williams Lake, Penticton, and Vernon. The B.C. Interior alone has lost 1,500 residents to illicit drugs.