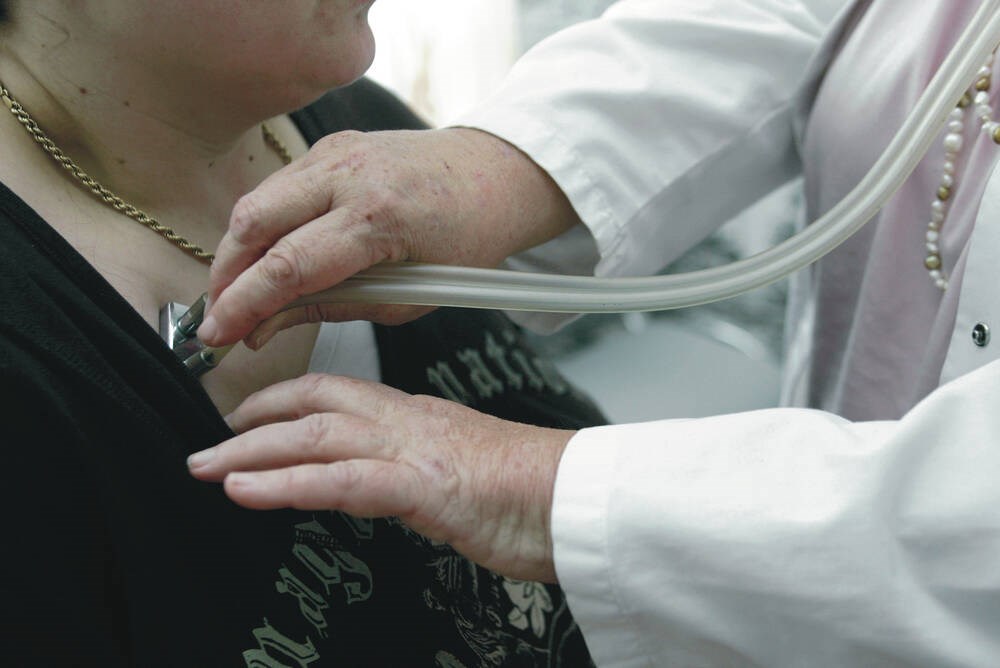 The funding is targeted to family doctors who provide ongoing services to their patients and pay overhead costs, as well as primary-care clinics — including walk-in clinics — that commit to remaining open and maintaining consistent clinic hours.

About 70 per cent of family doctors in private practice and medical clinics in B.C. can access $118 million in temporary funding this fall to help with operational costs, the province and Doctors of B.C. announced in Vancouver on Wednesday.

The short-term “stabilization” funding, about $25,000 per physician, will be available between Oct. 1 and Jan. 31, 2023, with applications open in September.

The funding is targeted to family doctors who provide ongoing services to their patients and pay overhead costs, as well as primary-care clinics — including walk-in clinics — that commit to remaining open and maintaining consistent clinic hours.

B.C. Health Minister Adrian Dix said the Health Ministry has been working closely with the Doctors of B.C., a voluntary association representing 14,000 physicians, residents and medical students, on the issue of rising operational costs that affect family doctors’ ability to provide patient care. Overhead costs can be as high as $100,00 a year, say doctors.

“This interim stabilization funding to family doctors is a key action in supporting their care to patients as we work to finalize a long-term solution this fall,” Dix said.

The province and Doctors of B.C. are negotiating a new physician master agreement, including new compensation models to be announced in the fall. General agreements have been reached on key components of the new payment model, including the time spent by family physicians providing primary-care services, patient complexity and attachment of patients to physicians.

Most family physicians in B.C. are paid via a fee-for-service model in which doctors receive a basic rate of about $32 per patient visit. Physicians who like the model want to be better compensated for their time, paperwork and overhead costs.

The Health Ministry has also been increasing options for salary and contract positions and health-authority-run clinics where physicians are not responsible for overhead costs.

The temporary funding announced Wednesday was jointly developed with Doctors of B.C., which will provide the applications. Dix said the process is not complicated and physicians will receive direct payments.

The Ministry of Health is also developing measures to improve access to primary care, including improving recruitment and retention of health-care providers and providing additional resources to increase training capacity.

Dr. Ramneek Dosanjh, president of Doctors of B.C., said it’s an important first step to help doctors keep their practices open “until we can develop a new payment model” to retain and recruit doctors.

Dosanjh said Doctors of B.C. has heard from physicians that the interim funding is a much-needed step to stop “the bleeding … we cannot allow clinic closures to continue at the rate they have been.”

There is still much work to be done on the new payment model that recognizes the pressures of rising business costs and the time and complexity involved in providing longitudinal patient care, said Dosanjh.

In April, the province allocated $3.46 million to keep five south-Island clinics open, though the funding could not stop three others from closing the same month.

Dr. Ian Bridger, medical director for about five family-practice walk-in clinics in the capital region, called the short-term funding announced Wednesday “welcome news for the poor struggling family doctors whose overhead costs have increased dramatically, but whose income has not.”

“Now we just need more doctors, and making the job attractive is a good start,” said Bridger. “The next thing we need is the ability to get them into B.C. with less fuss, less cost and greater speed, as the current process is bogged down in red tape and unrealistic fees.”

B.C. Liberal leader Kevin Falcon said the $118 million in funding won’t be enough to deal with the challenges facing family practice, calling it a “timid, tiny first step in the right direction.” Doctors are fleeing family practice, said Falcon, who is frustrated the province is moving “so very slowly” on the issue.

B.C. Greens leader Sonia Furstenau said her party called for funding to support doctors’ overhead costs earlier this year. “What has taken so long?” asked Furstenau, noting the closures that have happened in the meantime.

About one million people in B.C. and as many as 100,000 in the south Island do not have a family doctor.